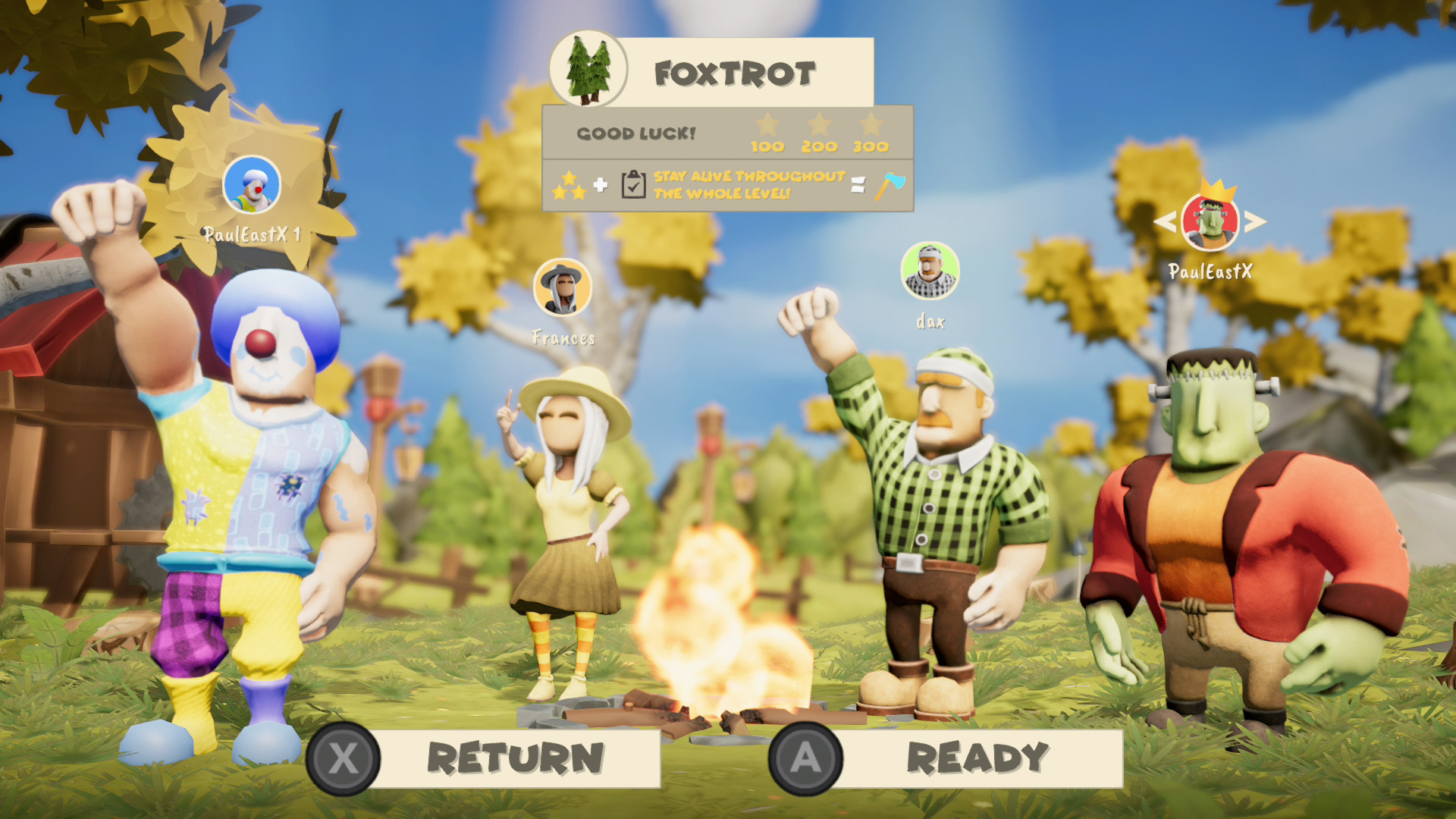 Last summer, Polish developer All in! Games released a charming Overcooked-like puzzle/party game called Lumberhill on Steam. Lumberhill allows up to four local or online players to become lumberjacks, frantically chopping down trees and completing other outdoorsy activities while chasing high scores. Lumberhill is the type of game that works perfectly on consoles, so we're pleased to see that it has now arrived on Nintendo Switch.

Like Overcooked, Lumberhill consists of numerous single-screen levels that can be tackled solo or with up to 4 players in co-op. Each level presents a number of time-limited goals such as chopping down varying numbers of specific species of trees, herding sheep and rams to the barn, and even collecting pterosaur eggs while avoiding their angry mother. How the team wants to divide tasks is up to them. Scoring well gets you stars, which unlock new levels. Completing the levels' optional objectives will unlock more wacky playable characters. The Switch version of Lumberhill packs most of the same features as the Steam game. The graphics are slightly blurrier and the framerate a tad slower, but the charming visual style shines through. Two players can no longer share a single controller like in the PC game, but playing local 4-player is still easy since practically everybody has four Joy-Cons. Plus, the game still allows for combo co-op, with any mix of local and online players joining in the woodcutting. Several players joined when I hosted a game, so that's always a good sign.

Lumberhill sells for $14.99 on Switch and Steam, with optional character skin packs available for two bucks a pop. This really is a delightful game; let's hope Xbox and PlayStation versions come next!