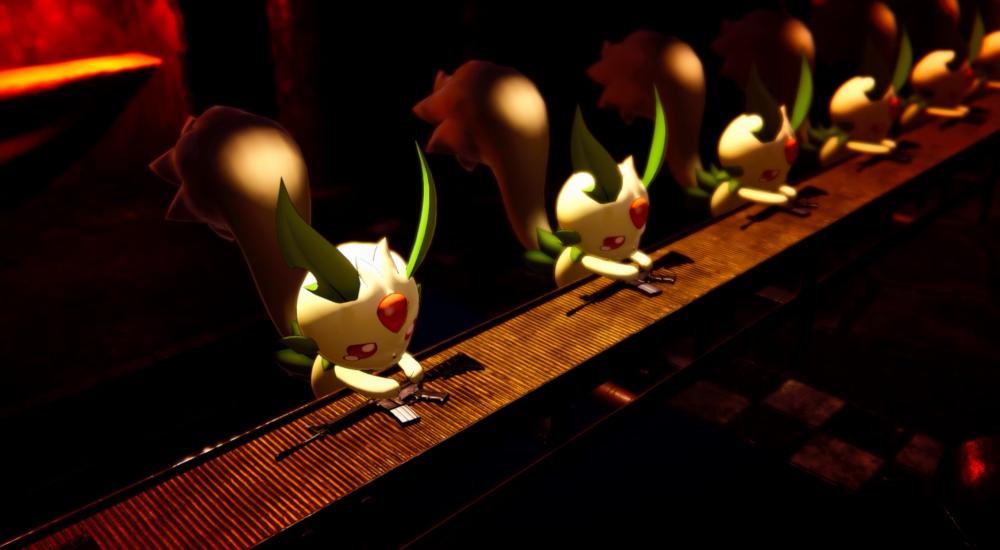 E3 2021 has come and gone, and the Summer Game Fest is still kind of going, but in the flurry of news and excitement over big name titles coming out in the next year or two, there are always a few that slip by. Here's a quick round-up of some co-op titles to keep an eye on as time marches inexorably onwards. The latest game from 2Awesome Studio, who's previous co-op titles was the splitscreen shoot 'em up Dimension Drive, is an action-platformer where up to four players (couch co-op) dash and slash their way through the streets of Neo Barcelona. The catch here is that you only have 30 seconds to "save the world," which seems like an incredible/daunting task. Fortunately, you can collect time capsules as you run through the levels and use them to add a few more seconds to the clock. Based on the Steam page description, the developers appear to be targeting the speedrunning crowd with Global Leaderboards to see who can blaze their way through a particular level the fastest, but teaming up with some friends and putting your platforming skills to the test is always fun regardless. While there's no formal release date yet, Aeon Drive will be available on PC, Nintendo Switch, Xbox One, and PlayStation 4. There's also a demo available on the PC via Steam if you want to give it a spin now! A third-person action RPG title that was briefly shown off during the Embracer Group/Koch Media/Prime Matter block of Summer Game Fest. The game is being developed by GoldKnights and was previously known as "LastHero." Touted as a "story-driven" experience that places players "in the middle of an ongoing conflict between two races, on a partly terraformed planet, isolated from outer space by a protective barrier." There's a whole medieval/sci-fi aesthetic vibe here and I'm kind of digging it. The game can be played with a buddy via splitscreen/couch co-op and promises full character customization for each player. Additionally, as "choice matters," it seems there will be some amount of replayability here to see how things play out differently. No release date yet, but it will be available on PC via Steam, the Xbox Series S/X, and PlayStation 5. Another title that's part of the Embracer/Koch/Prime Matter conglomerate, this game is being developed by Reikon, who made the 2019 FPS hit, RUINER. For now, this is more of a tease than anything else as details are sparse and even the name isn't set yet (i.e., "Final Form" is the actual codename for the project so expect it to crop up as something else in the future). What's known for now is that it will support three player co-op and it's a sci-fi FPS where you play as a "humanoid avatar of a sentient spaceship" and inhabit disposable bodies over and over again. Again, not a lot to go on for now, but definitely one to watch. A hectic management game touted as "Spirited Away meets Overcooked," Onsen Master tasks players with revitalizing "various hot springs across the fantasy island of Izajima" by tending to the specific ailments of your customers. Two player couch co-op is supported in the Campaign and Arcade modes. No release date here, either, but it will be coming to PC/Mac/Linux as well as Switch, Xbox, and PlayStation. Saving the... I honestly don't even know, "best" (?) for last. This one probably isn't flying under many radars as the game 1) features Pokemon-like creatures, and 2) is pretty wild in its marketing, but I figured it was worth a mention. The trailer starts off like a lot of other games featuring collectible creatures, and then it takes a sharp right turn as it shows off guns, forced labor, and hunting endangered Pals for their meat. Yeah... it's... well, it's honest about what these kind of games are, in a way, but it's hard to tell if it's playing it off for laughs or actually making a commentary on it. It's also a survival-type game? Anyways, online or LAN co-op is supported. It's slated for a 2022 release and so far will only be available on PC via Steam.

Any co-op games you're looking forward to in the next few months? Sound off in the comments!