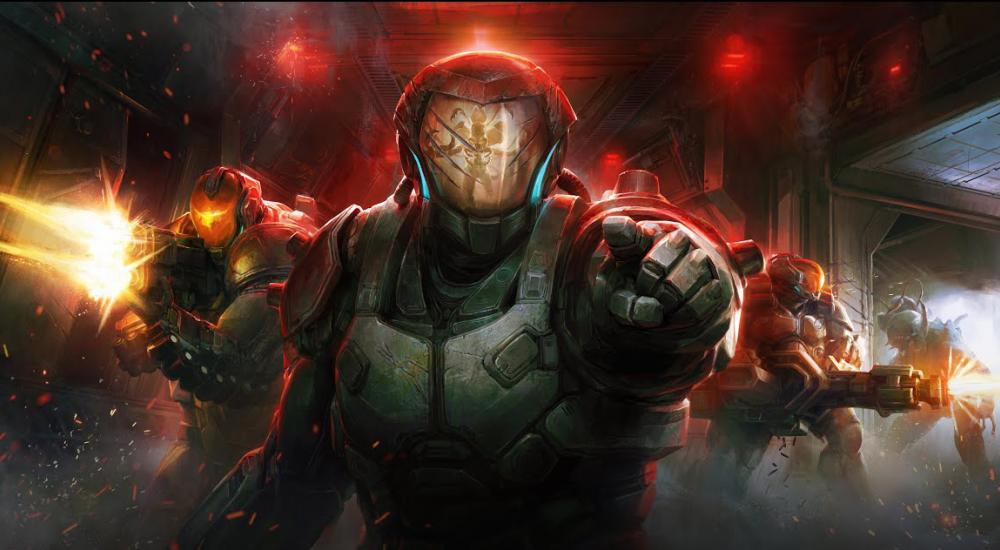 We've been overwatching Red Solstice 2: Survivors since we checked out the game's alpha a month ago. Now in its final form we dive into the full co-op experience with our squad of four to take on some of the single player story and into the meat of the game's skirmish mode.

If you didn't know, Red Solstice 2: Survivors is a top-down tactical-action game where you control space marines on a Mars colony overrun with alien/zombie creatures. Your main goal is to survive while completing a primary objective, but along the way there will be side missions to complete like rescuing civilians, powering up critical gear, and collecting things in the name of science. The top-down view makes the game feel a bit like a Diablo-style experience, though you can take more direct control of your actions for enhanced targeting bonuses.

The key to surviving survivors is overwatch! Your "E" key. Pressing this creates a radius in which any enemy entering your character will automatically target and take out baddies. There's a fine line to balancing this auto aim with manually taking control when you want to prioritize bigger, badder targets.

Along the way on your missions you'll want to be on the lookout for lockers that contain usable items like mines, turrets, grenades as well as health and ability boosting items. And trust us, you are going to need these things as the game throws a ton of enemies at you - especially as your time on the red planet increases - so does the difficulty.

Since we last looked at the game a month ago, it doesn't really feel like too much has changed. There's been a bit of polish added and some UI cleanup, but it's the same fun experience we had last time we played. Jason highlights a few issues he's noticed now that we've had some more time with it; namely, that not all skills you unlock via your "Profile" experience carry over into the Campaign mode as new classes/abilities/gear there are unlocked by completing research projects. Oddly, though, this limitation only applies to the host and not your co-op buddies. Aside from that, while saved loadouts are a great feature so you can swap between different guns/abilities quickly before launching into a mission, the interface is a little bit clunky and it's not always clear why you can or can't equip some things.

Overall this game is a definite recommend from the Co-Optimus team. If you watched our video above you can clearly hear and see us having a jolly good time with our friends. The skirmish mode definitely has some meat to it and its bite sized nature will keep us coming back for more.