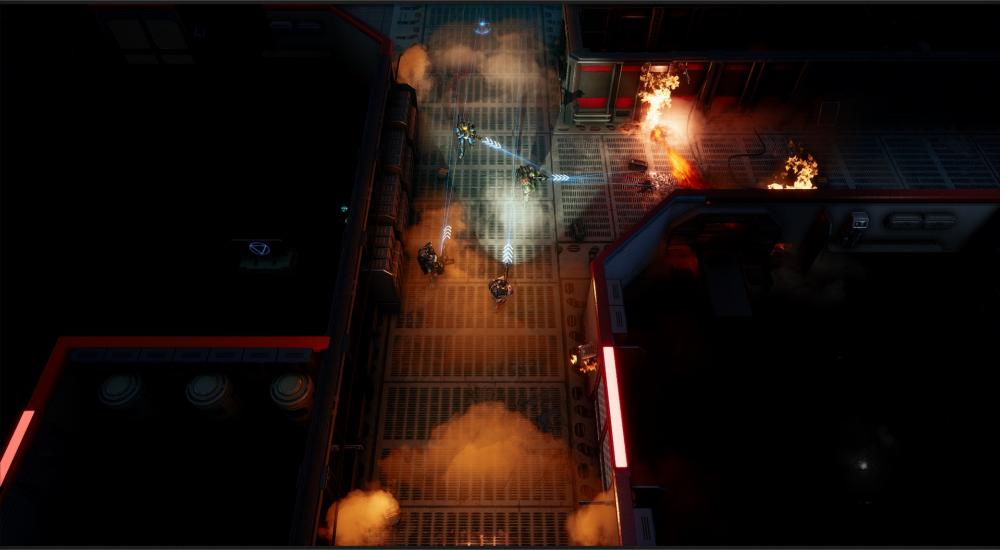 Back in 2015, a new Croatian developer released their first title: the survival/tactical strategy game, The Red Solstice. We played a couple times for our weekly Monday night "Let's Play Co-Op" streams, and always had fun even if we died a lot. A couple years ago, they then released a twin-stick shooter set in the same universe, Solstice Chronicles: MIA. Now, they've got a new game coming out, The Red Solstice 2: Survivors, a follow-up to their first title, and it's looking to be more of that good tactical strategy action. They released their first gameplay trailer today to show off what we can expect this time around, and we spoke with Hrvoje Horvatek from Ironward about how this all came about.

Co-Optimus: Thanks for taking the time to talk with us about The Red Solstice 2: Survivors. Before we get into some specifics about this game's origins, could you give me a quick rundown of Red Solstice 2's gameplay? Will players that have played the first Red Solstice be able to hop in and play right away?

Hrvoje Horvatek: Well, with The Red Solstice 2 we are keeping the fundamental game play elements that worked well in the first game and expanding upon them, taking stuff to the next level and adding new mechanics on top. At the game’s core it’s still an action strategy game with strong horror/survival and shooter elements. In any case, it brings the frantic action of a shooter game, but takes away some of that sense of superiority over the enemy and replaces it with a sense of being hunted yourself, an intruder on a now alien world. A bit of that "Alien 2" vibe.

We are especially happy with how fighting aliens in corridors is shaping up to be. We feel it has never been done right in this genre, and we intend to fix that.

One of the major complaints with our first game was a steep learning curve, so making our new game as accessible as possible is one of our big priorities. We are working with some of the top experts in the field optimizing controls, UI, and the gameplay. Veterans of The Red Solstice 1 game will certainly be feeling at home here, but so will the newcomers.

Co-Optimus: So, after Red Solstice, you put out Solstice Chronicles: MIA. Rather than the top-down action/strategy combat of Red Solstice, Chronicles was a top-down shooter that was single-player only on PC (the recent Switch release does feature two player couch co-op). The response from the community was that they wanted co-op and so you started working on a title - Solstice Chronicles: Survivors - that would use the same type of gameplay as MIA, but feature online co-op. You decided, however, to scrap that altogether in favor of making this, Red Solstice 2: Survivors. How'd that happen?

Hrvoje: Maybe “scrap that all together” is a term a bit too harsh here. In this sense, going from the old project to the new one was a very organic thing actually. First, we figured out that the more linear map structure didn’t work that well with a truly co-op style game we were aiming for. Then upon testing the gameplay in a bigger more open styled map, we felt that the true isometric shooter kind of gameplay never worked as well as we hoped. That led us to try making it “just a bit more The Red Solstice”, with more RTS-like controls and more strategy options included. And everything we did in that direction just made it feel better.

At the end we got to a prototype that felt good, but that felt more like The Red Solstice 2 than anything else. Our industry partners were also convinced that this was the right way to go, so we were able to secure both manpower and financial resources to push the project scope much further than what we initially considered responsible, and so The Red Solstice 2 was born. Co-Optimus: Are there elements from MIA and the scrapped Survivors game that have found their way into Red Solstice 2? What's new compared to the first Red Solstice?

Hrvoje: There are some visual assets, monsters and weapons that are in a way kept from both MIA and Survivors projects, but most of them have been or will be modified and improved to a degree where they can be very well considered new.

We liked the weak point system, so a lot of the creatures will in the new game again be much more killable if you know when to hit them.

Compared to the first installment, we’ve added a strategy layer, where players can research/build and upgrade their technologies before going for a mission deployment. How they solve or fail missions will impact the final result of the entire game, so it can easily happen that every campaign you play will result in a different outcome and different situations that you can play with your friends. It’s no longer one mission, one deployment, it’s an entire planet now. Another thing that we started working on recently a way to keep players engaged after they die. The idea was, “hey let’s try to make death fun!”. This was one of major issues in TRS1. Players died, and then they left the game. There are 2 ways we are fighting this, some monsters will have executions so when player dies, he will at least be able to see a nice animation how his character got eaten. Another thing is we will have several ways for player to keep impacting the game after death even if to a somewhat limited degree. More about this will be revealed later this year.

Co-Optimus: What's the current release plan for Red Solstice 2, i.e., when can people expect to play it? I know on Steam it's listed as "When it's ready 2019."

Hrvoje: We are aiming for the release in 2019, but we will not hesitate to delay the release if it can make the game better, we do want to create the best version of any alien fighting game there is. There will be opportunities for closed betas so if anyone wants to participate or just chat with us they can join our Discord server!

Thanks again to Hrvoje for taking the time to talk with us and discuss Red Solstice 2.

You can find more information about The Red Solstice 2: Survivors over on its Steam page. Eight player drop-in/drop-out online co-op will be supported in the game in a "planetary campaign" mode that is separate/different from the single-player story campaign.