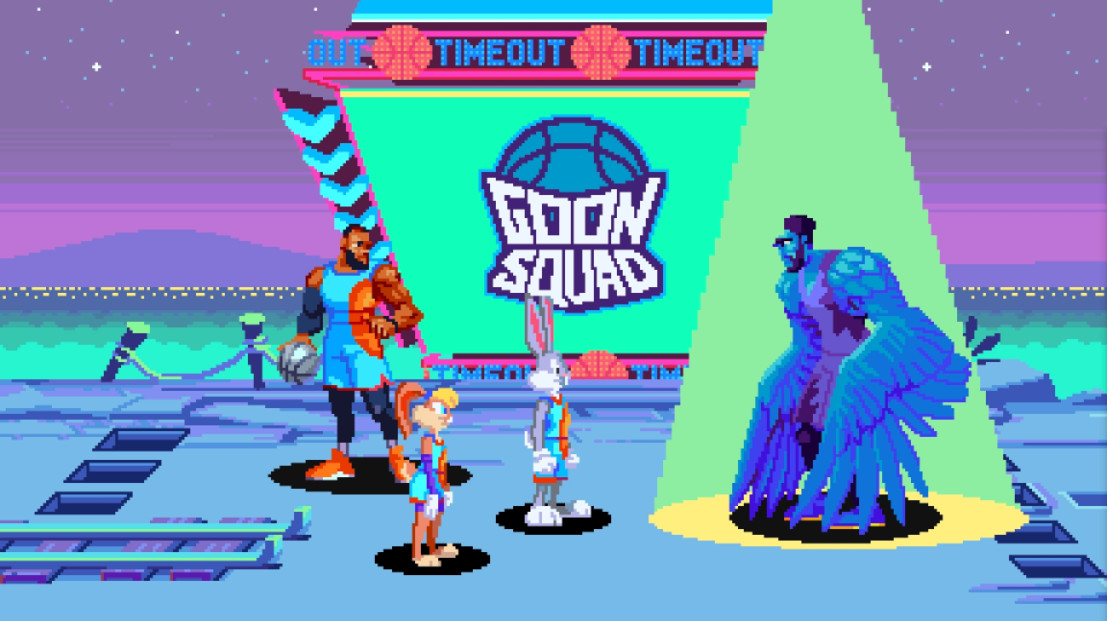 Way back in 1996, Space Jam was an improbable movie that actually happened. 25 years later, almost as improbably, the sequel Space Jam: A New Legacy is coming to theaters and HBO Max on July 16. And just as unlikely from a probability standpoint, Microsoft has announced Space Jam: A New Legacy - The Game, a beat 'em up with 3-player local co-op, for Xbox and Windows 10. Talk about slammin'!

The road to Space Jam: A New Legacy - The Game started with a contest back in December. For two weeks, fans could submit game ideas for the upcoming movie. Both a youth winner (Narayan from India) and an adult winner (Ricky from the United States) were chosen, with "Ricky" responsible for the idea of creating a beat 'em up. Digital Eclipse is the developer of the new game.

Space Jam fans might remember that Acclaim previously released a Space Jam game for Sega Saturn and PlayStation way back in 1996. That game used a modified version of the NBA Jam engine, a license held by Acclaim during that time. Arcade-style basketball seems like a good fit for the license, so it's surprising that Microsoft chose a different genre for the new game. Perhaps the developers wanted to avoid direct comparisons to the previous title - this one didn't exactly have a long development cycle. Concrete information on the new game is a bit thin, but we know gamers will be able to choose from Lebron James, Bugs Bunny, and Lola Bunny. The Tune Squad has been trapped inside the Warner Bros. server, where they must locate four pieces of "Legacy Code" that will enable them to confront the evil Al G. Rhythm (that is a dumb name). Working for the villain are The Brow and White Mamba from the Goon Squad. The heroes will be able to wield a special basketball and Space Jam cards during battle.

Most excitingly for us at Co-Optimus, video and screenshots reveal that Space Jam: A New Legacy - The Game will feature drop-in, drop-out 3-player local co-op. The game will be distributed free to Xbox Game Ultimate members starting on July 1 - you'll find it under the Perks section of the Game Pass app. On July 15, the game will become accessible to all Xbox and Windows 10 users.

Are you ready for a Space Jam beat 'em up? Be sure to look deep inside yourself before you answer.