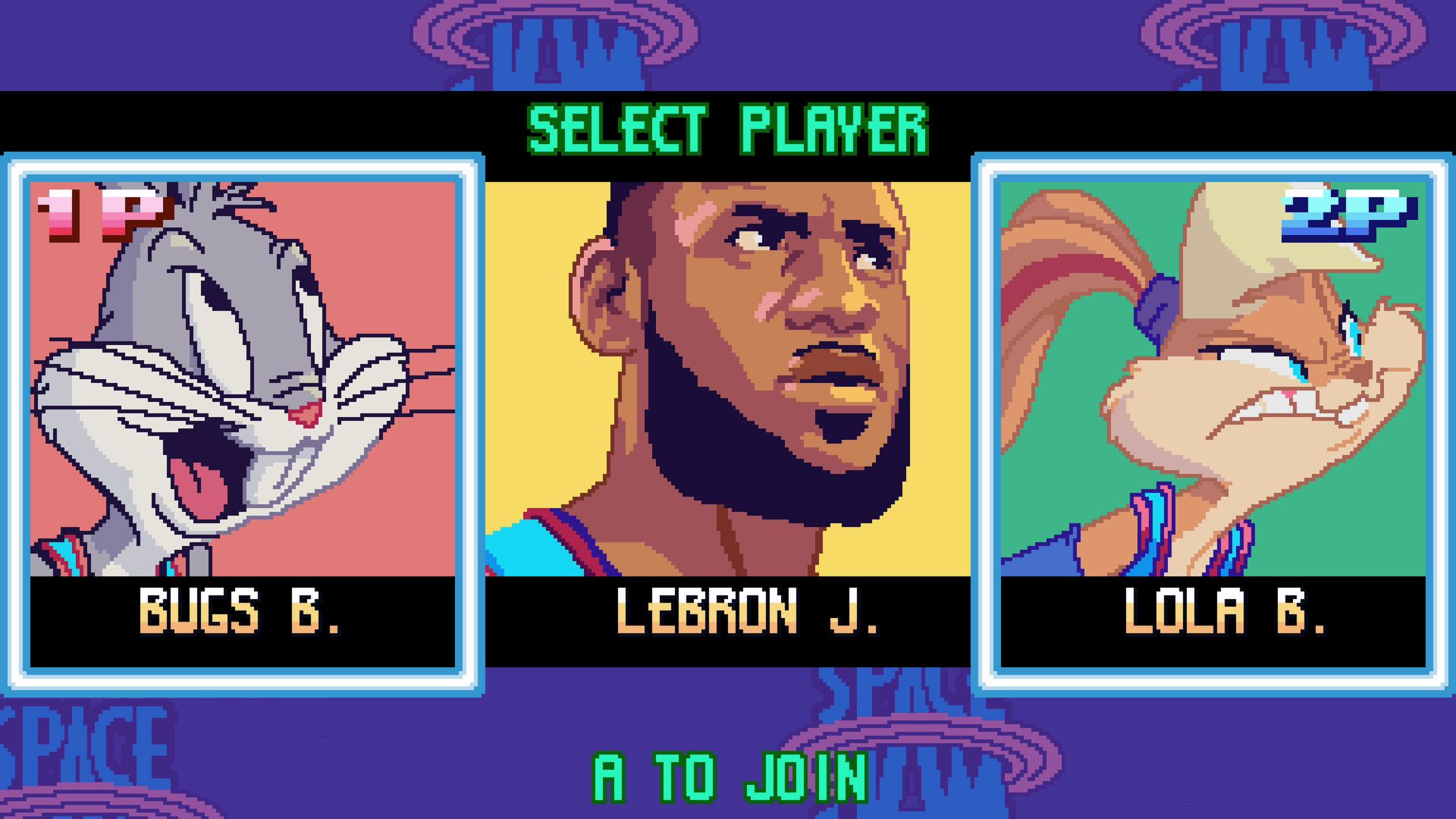 Everybody knows that Xbox needs hot exclusive games. As it turns out, it also needs exclusive games based on commercially-minded Warner Bros. movies. That's surely why we have Space Jam: A New Legacy - The Game. First launched as an exclusive perk for Game Pass Ultimate members, the new Space Jam game is now free to download for all Xbox gamers. It's a short and pretty good 16-bit style co-op beat 'em up, so why not give it a try?

Space Jam: A New Legacy - The Game is a low-budget beat 'em up loosely based on the new Space Jam film. 1-3 local players can choose from Bugs Bunny, Lola Bunny, and NBA superstar Lebron James. Those are the only playable characters, which is a shame. A quick intro will explain that the Tron version of Don Cheadle has trapped our three heroes in the Matrix or something, and then the game begins. Controls are simple enough, with all functions handled by different combinations of the X and A buttons. As in most beat 'em ups, players can punch, dash, and perform a life-consuming area attack. Unique to Space Jam, the team can also throw, charge up a throw, or pass the single basketball they all share. Finally, 8 unlockable "Space Jam" cards act as rechargeable special moves. A decent array of moves, but the game could really use a second attack button. It lacks the ability to create interesting combos.

Beating Space Jam once, which takes about half an hour, will unlock Hard and Boss Rush modes. The Achievements are pretty easy overall, especially if you have a local co-op friend or two to help out. Only the primary player gets Achievements, unfortunately. Obviously, this is just a cute free game that won't take up hours of your life. If you're looking for a more in-depth beat 'em up experience, might we suggest the recently released Streets of Rage 4 'Mr. X. Nightmare' DLC?

Space Jam: A New Legacy - The Game supports 3-player local co-op. To get it, just head to the Xbox Store and grab the free download.