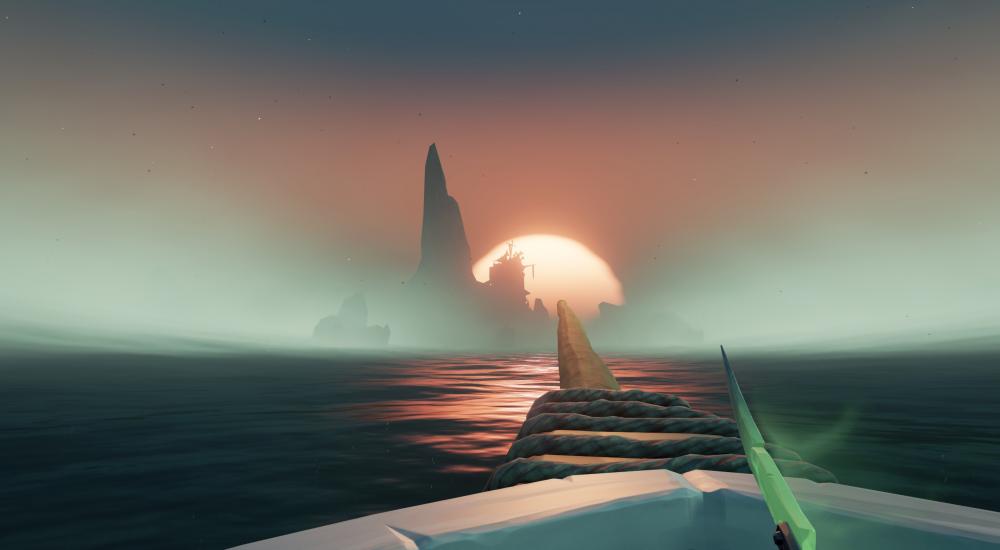 Sea of Thieves Season 3 is a bit different than the first two, with a full fledged cross over with Disney's Pirates of the Caribbean franchise. Included for free this year for all players are five brand new tall tales complete with fully voiced characters from the movies and a brand new story that melds the two worlds together. Nick and Jason team up to take on the first area - The Strange Shores in our latest Twitch Stream recap.

Perhaps the best thing for co-op players is the first area is completely isolated from the main game world. Once entering a portal you are teleported to a new instanced world to freely explore. The first tall tale really focuses on puzzle solving, almost so much it feels like an old school point and click adventure. You'll follow clues, find objects, and use those things to unlock further progress and secrets. Along the way there are healthy doses of nostalgia and tie-ins with the Disney franchise. It's not just the movies on display, but actually the original ride from Disney Land.

It's amazing that a cross over of this caliber is completely free - especially between two media giants like Microsoft and Disney. On second thought, maybe that makes sense. Give a watch below - but warning - there are puzzle solving spoilers.