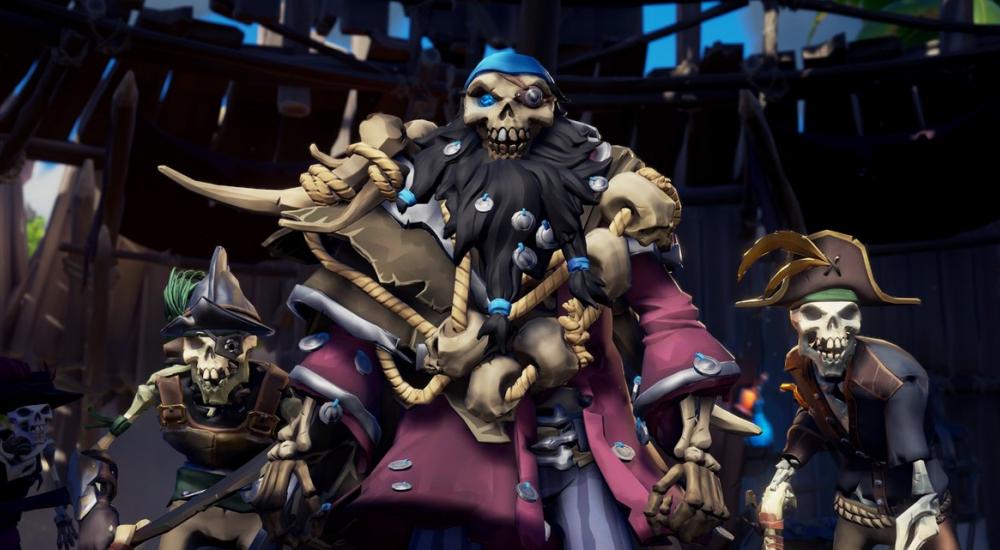 Rare's open-world piratical adventure game, Sea of Thieves, turned one year old last month, and to celebrate the occasion (a month later) they've released their free "Anniversary Update" today. This brings a few new additions, such as a dedicated PvP area and a new faction to earn rep with, but it also adds something that we, personally, have been waiting to see: co-op driven experiences.

Now, that last bit may sound odd to anyone that's seen something or played something of this game. I can already hear your cries of "THE GAME HAS SUPPORTED FOUR PLAYER ONLINE CO-OP SINCE LAUNCH, JASON!" Yes, it has. As a counter, though, it also supported an environment where you and your friends could spend a good chunk of game time sailing around gathering loot from various islands, and then have it all taken away by some ne'er-do-wells that were just hanging around the port waiting for someone to show up with a bunch of treasure in their hold. PvP is certainly an element in other games that, otherwise, encourage cooperation (such as the "NEXT" update with No Man's Sky), but a game about pirates with no real clear progression (at launch, at least) certainly seemed to encourage PvP a little more than it did PvE. There have been a number of updates and content additions in the past year, and we've been keeping an eye on it all, but this update in particular is a little more co-op focused than previous ones.

Now you're probably wondering what, exactly, makes this update a little more "co-op." Well, to sum up: co-op narrative quests. The Anniversary Update adds a bigger category of interconnected quests, called "Tall Tales," that will take players through a series of legends and mysteries that are all set within the world of Sea of Thieves. The first one, titled "Shores of Gold," will be available with this update and, hopefully, more will get added as time goes on. As you progress through these quests, you'll encounter puzzles to solve, new challenging enemies to fight (Skeleton Lords), and traps to avoid. You'll earn special rewards during and at the end of it all, and you'll also be able to replay it as much as you like with different rewards and different puzzles to solve each time. The video below features the devs talking more about this new content in more depth.