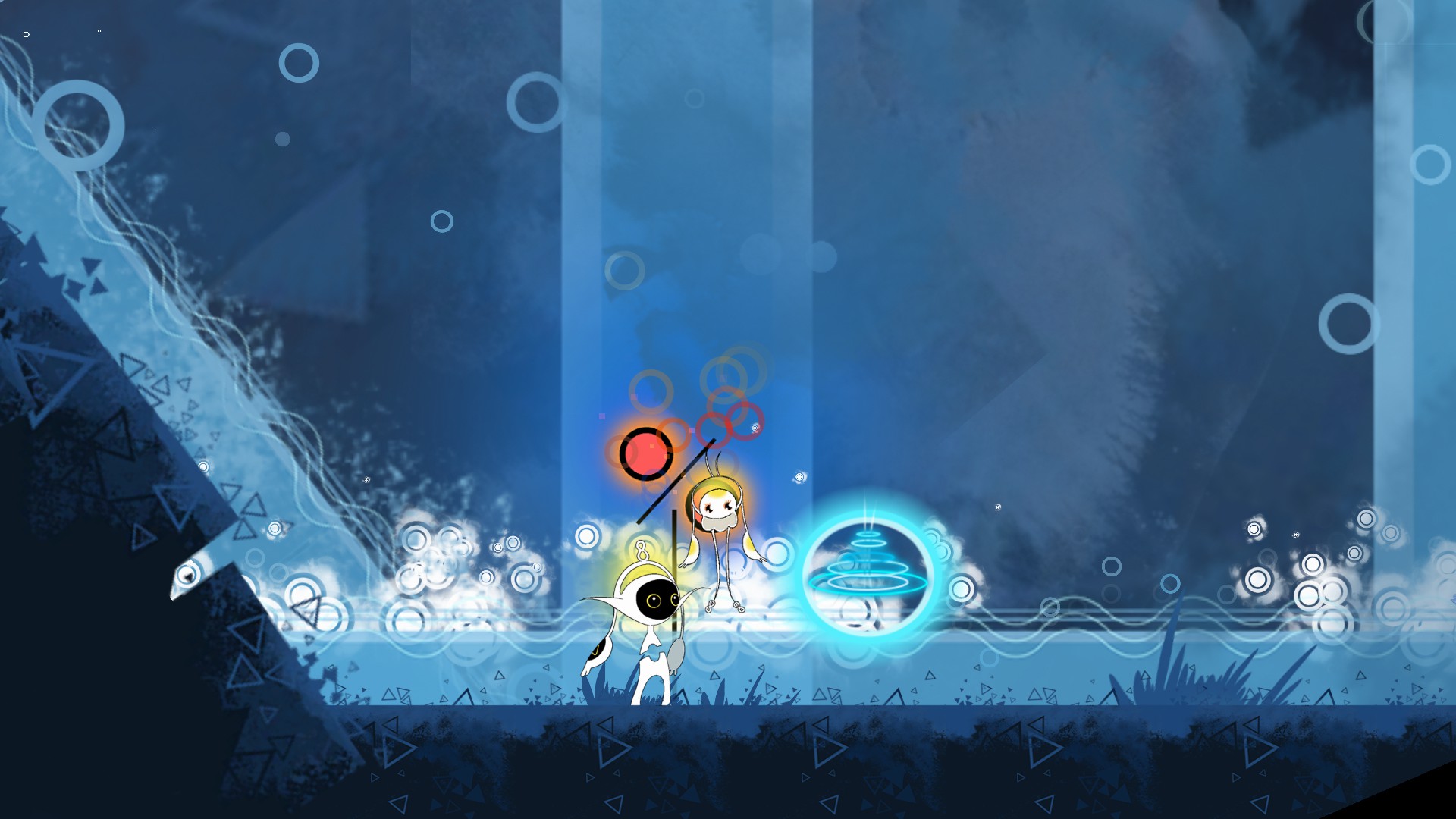 One of my favorite things about video games is when they take us to strange new worlds and civilizations. That certainly applies to A Tale of Synapse: The Chaos Theories from Spanish developers Tesura Games and Souris-Lab. Just released on Nintendo Switch and Steam, A Tale of Synapse pairs up an odd couple of aliens as they solve puzzles and learn the scientific secrets of their distant world. A Tale of Synapse takes place on the planet Heimede. There, a young boy named Nero spends his free time in an expansive but disused library. One day, he opens the wrong book and unleashes dangerous chaos theories into his world. Nero also frees Sci, a jellyfish-like alien who had been trapped in a jar on a shelf. Together, the two will search for the escaped scientific theories and try to prevent Heimede from falling into chaos.

This game features an asymmetric cooperative experience for 2 local players. One player controls Nero, who can jump from platform to platform and fight enemies. The other controls Sci, who flies around and manipulates objects in order to help Nero. Sci can also activate a negative view of the surrounding area in order to search for clues to puzzles. A Tale of Synapse features:

In my brief time with the game, I really enjoyed the scenario, story, and art style. These elements combine to create a surreal and distinctive alien world. The puzzles are math- and logic-based, which takes a little getting used to. Players will have to solve simple math problems by arranging symbols or solve logic problems by moving blocks. Each character can only manipulate certain things in the environment, so the team has to coordinate to overcome these mind-benders. The negative-world mechanic is a bit annoying in co-op, though. Neither player can move while in the negative view, and only the second player can activate it in co-op games. If both players could activate the view and move while it's turned on, the experience would be a lot smoother. While I'm offering constructive criticism, the game's English text is riddled with grammatical errors. They didn't keep me from progressing through the levels I played, but they certainly hurt the immersiveness of the narrative.

Also, note that the Steam version of the game seems to require two controllers for local co-op. I couldn't find a way to play 2-player using a keyboard and only one controller.

A Tale of Synapse: The Chaos Theories sells for $17.99 on Switch and Steam. That's not a theory; it's a fact, Jack!