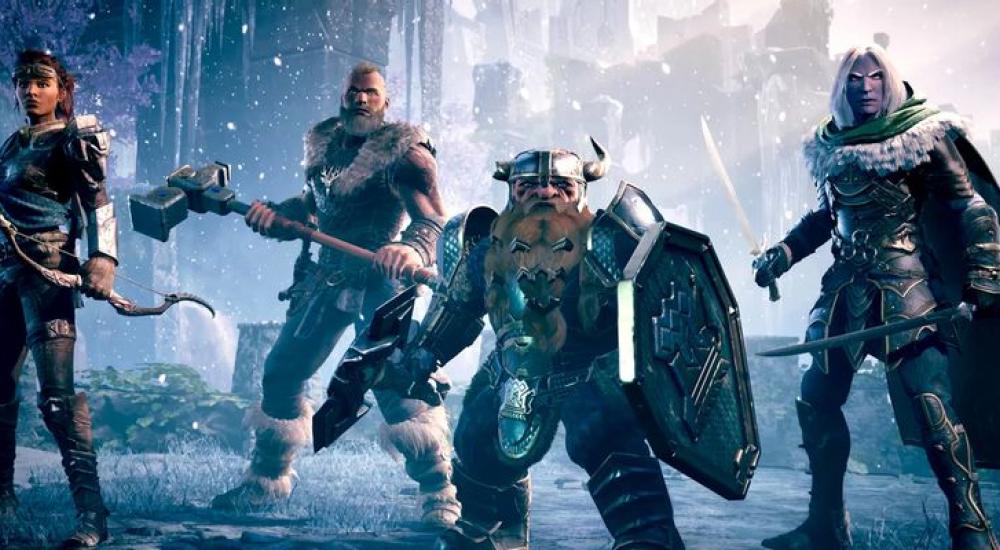 Our latest Monday Night Stream takes a look at the recently released co-op Action-RPG - Dungeons & Dragons: Dark Alliance. The game recently was released on Xbox One and Series S/X, PC, and PlayStation 4 and 5, billed as a spiritual successor to Baldur's Gate: Dark Alliance from the original Xbox era of video games.

We'll get this out of the way now, D&D: Dark Alliance is not a good game. In fact, the entire first 10 minutes of the stream features the crew trying to find some redeeming qualities of the title. Sadly what's there is an unpolished, unbalanced, and messy game that just happens to have a few ideas and themes from the D&D universe. The most obvious thing that simply doesn't feel right is the combat and camera - instead of an isometric game like the original series, we're given a 3rd person action game where you consistently fight to get the right view. Enemies end up being weird "bullet sponges" and the animation system is clunky.

The game does feature four player online co-op and at the very least, the D&D class system does seem to offer some value here, but that might be the one bright spot. There's lots of loot to collect, but you'll only be able to inspect and upgrade in between missions. Which, while great on the surface for not breaking the action and flow, you lose some continuity of what you get overall.

Needless to say, Dungeons & Dragons: Dark Alliance needs some more time to bake. We may check back in the coming months, perhaps after the promised couch co-op patch.