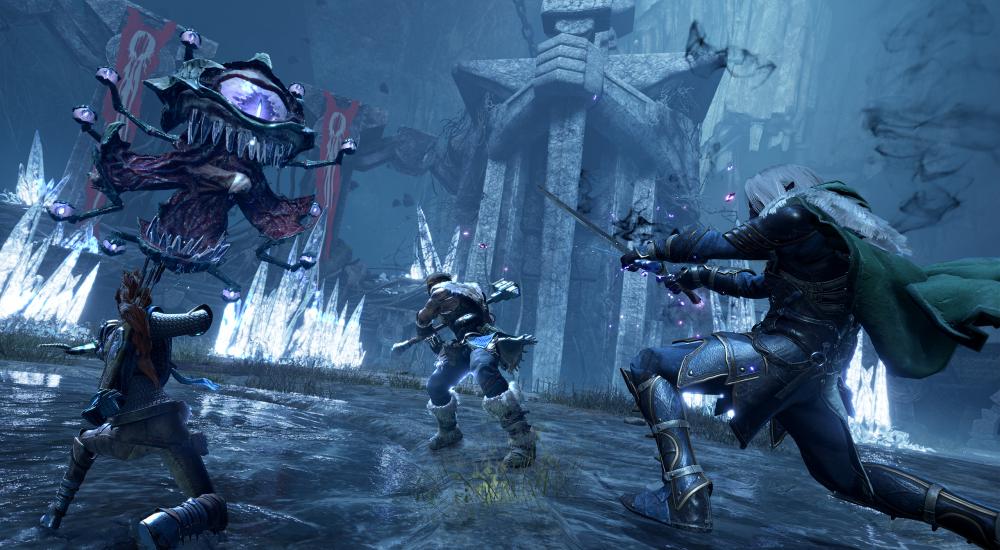 One of the bigger nostalgia trips for gamers of a certain age/generation is the Dark Alliance series, which had their heyday in the PS2/Original Xbox/Gamecube era. These action-RPGs provided a Diablo-like experience long before Diablo III was even a twinkle in Blizzard's eye. Today, a new entry, Dungeons & Dragons: Dark Alliance, has emerged for PC, PlayStation 4/5, and Xbox One/Series, and initial response is... well, it's not great.

Now, I will state up-front that none of us at Co-Optimus has had an opportunity to get hands-on with the game, so much of what I'm about to say is based on other reviews, but I wanted to put this out there as a "caveat emptor." Choose your outlet/review of choice, the general consensus seems to be (to put it mildly) that Dungeons & Dragons: Dark Alliance is an uninspired title with stripped down RPG mechanics (which was a large part of the appeal of the original games), and there are some notable bugs/glitches that make things worse. The isometric viewpoint has been shifted to the standard "over the shoulder" third-person action camera and while the whole thing can be played single-player, enemies feel scaled towards a party of four. Speaking of co-op, the game currently only supports up to four players online with each person choosing one of four in-game characters to play. Couch co-op is not supported and you cannot choose the same character as your buddy, though both of these are presumably getting added/fixed in future updates.

Hopefully we'll have a chance to test things out during one of our weekly "Let's Play Co-Op" Monday night streams so we can put it through its paces ourselves.

Dungeons & Dragons: Dark Alliance is available now on PC, PlayStation 4, Xbox One, PlayStation 5, and the Xbox Series consoles for $40. It is also available via the Microsoft Game Pass.