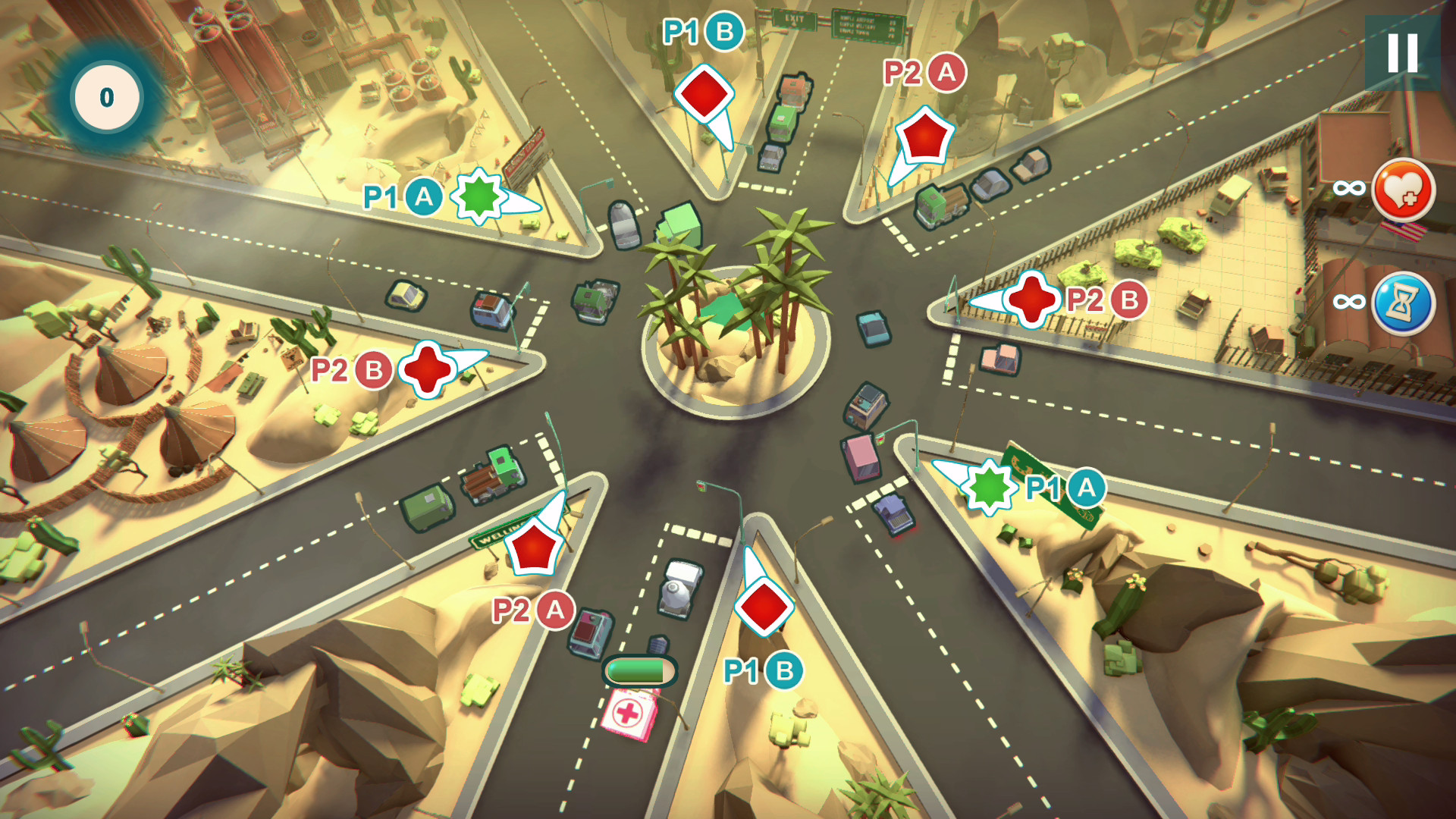 Directing traffic in real life seems like it would be challenging and unfun. One wrong mistake and a bus full of nuns drives right off a bridge. There wasn't even a bridge there! Anyway, difficult jobs can make for fun games, as is the case with Urban Flow from Baltoro Games. This local co-op puzzle game of managing the traffic signals at busy intersections first launched on Switch, but it's finally coming to other platforms this year.

In Urban Flow, players must manage the traffic lights of bustling city intersections. Each traffic light is mapped to a button on the controller. Play by yourself and you'll manage every light independently. Bring in some friends and the game will divide the lights among everyone's controllers. You can't just leave all the lights on green or you'll rack up collisions, failing the level. Coordinating the lights with friends while accounting for challenges like high-priority ambulances and tanks that don't stop for lights can be extremely hectic - and fun. The base game consists of two primary modes: Campaign and Endless. The goal in Campaign is to earn 3-star ratings for each level by allowing enough vehicles to safely pass by. Endless, as you might expect, continues until players allow too many cars to smash into each other. Two DLC packs are available on Switch as well: Challenge and Snow Flow, each with 20 additional levels. The DLC sells for $2.99 and $3.99, respectively.

Baltoro plans to release a new free content update for Switch sometime this year.  Most excitingly, the game will be coming to Xbox, PlayStation, and PC as well. If you like puzzle games, you'll definitely want to keep an eye out for this one. Just beware of buses full of nuns while you're at it!