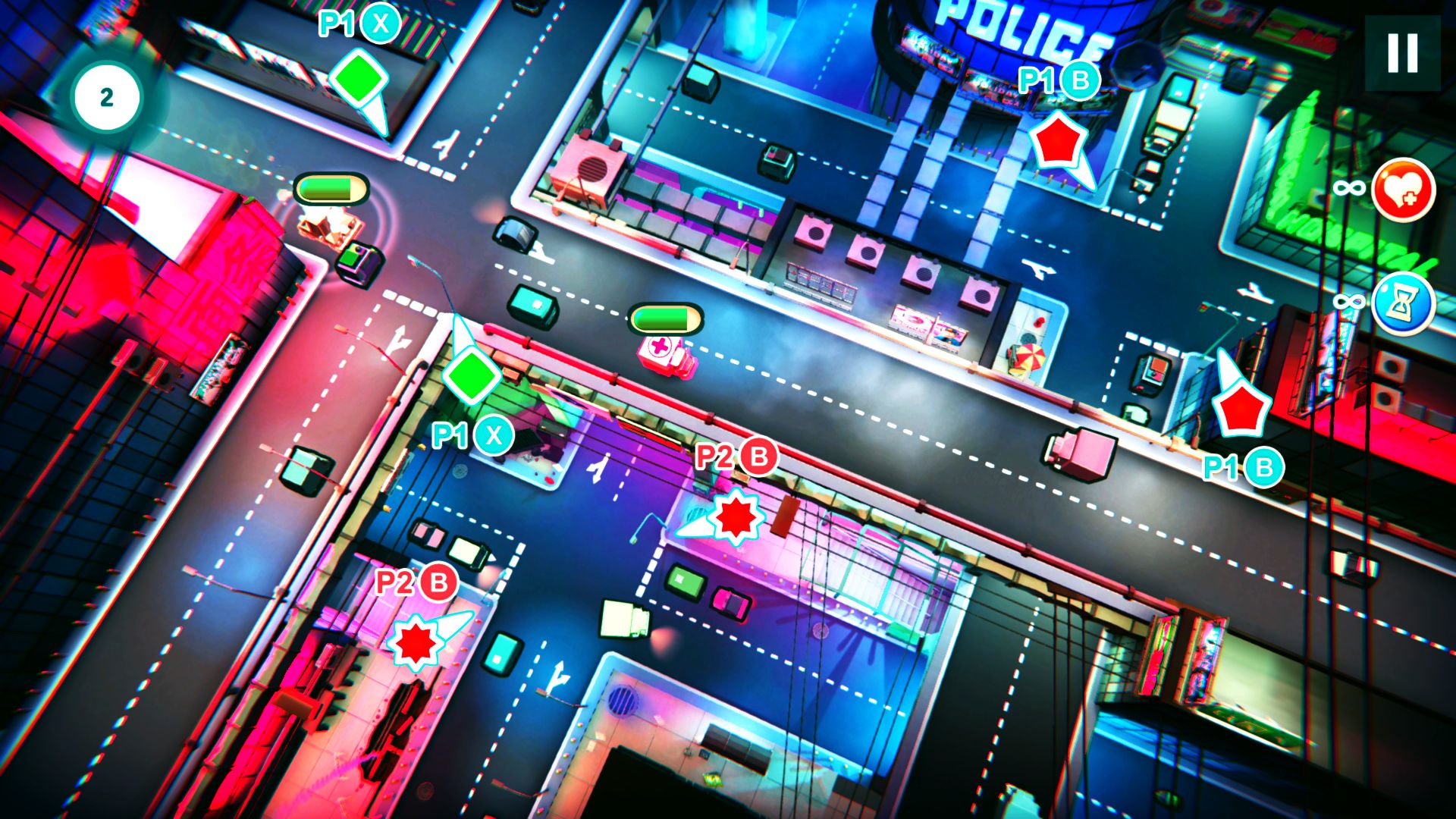 A while back, Baltoro Games announced that Urban Flow, the traffic management puzzle game, would be heading to multiple platforms after first launching on Switch. Time has passed, roads have been laid and rerouted, and the prediction has finally come to pass: Urban Flow has launched on Xbox. At last, up to four local Xbox players can work together to manage traffic lights, let cars through busy intersections, and avoid deadly collisions.

In Urban Flow, players must manage the traffic lights of bustling city intersections. Each traffic light is mapped to a button on the controller. Play by yourself, and you'll manage every light independently. Bring in some friends, and the game will divide the lights among everyone's controllers. You can't just leave all the lights on green, or you'll rack up collisions and fail the level. Coordinating the lights with friends while accounting for challenges like high-priority ambulances and tanks that don't stop for lights can be extremely hectic - and fun. The Xbox version of Urban Flow offers three primary modes. Campaign consists of more than 100 levels that gradually introduce new mechanics and increase the challenge. Endless Mode allows players to select from 7 levels initially, with more unlocking through campaign progress. Special Levels consist of three batches: Challenge, Snow Flow, and Other World. The overall game has 65 Achievements to unlock as well, so players will be pretty busy with traffic management shenanigans here!

The Xbox version's graphics, by the way, have been noticeably upgraded with colorful new lighting effects. We'll have to play through more of the game to determine whether those effects make it harder or easier to keep up with traffic throughout each level. It might be nice if the effects could be toggled on or off.

Urban Flow sells for $12.99 on Xbox and $14.99 on Switch. PlayStation and PC versions are planned for the future as well.