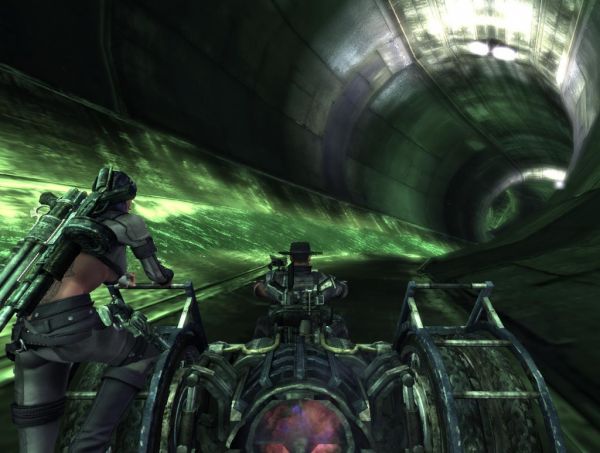 Codemasters has just unleashed a brand new video of the two player co-op Damnation.  The steampunk style game features drop-in and drop-out online co-op play through the entire story, which, appears to be a shooter on the surface.  The latest video is all about the moves players and enemies perform in the game bringing things a bit closer to a platformer.

Damnation appears to share a lot in common with a game like Prince of Persia, while still retaining a hardcore edge of a game like Gears of War.  The game is very vertical with climbing and jumping playing just a big a role as shooting, as developers didn't want to limit player's access to the levels.  Buildings are scalable, windows are breakable, and ropes are usable.

Hit up the game's official site to check out the latest video, but be warned, if you are afraid of heights this game might make you go queezy.  We've also got a handful of new screenshots of the game in action, including the above co-op vehicle sequence.