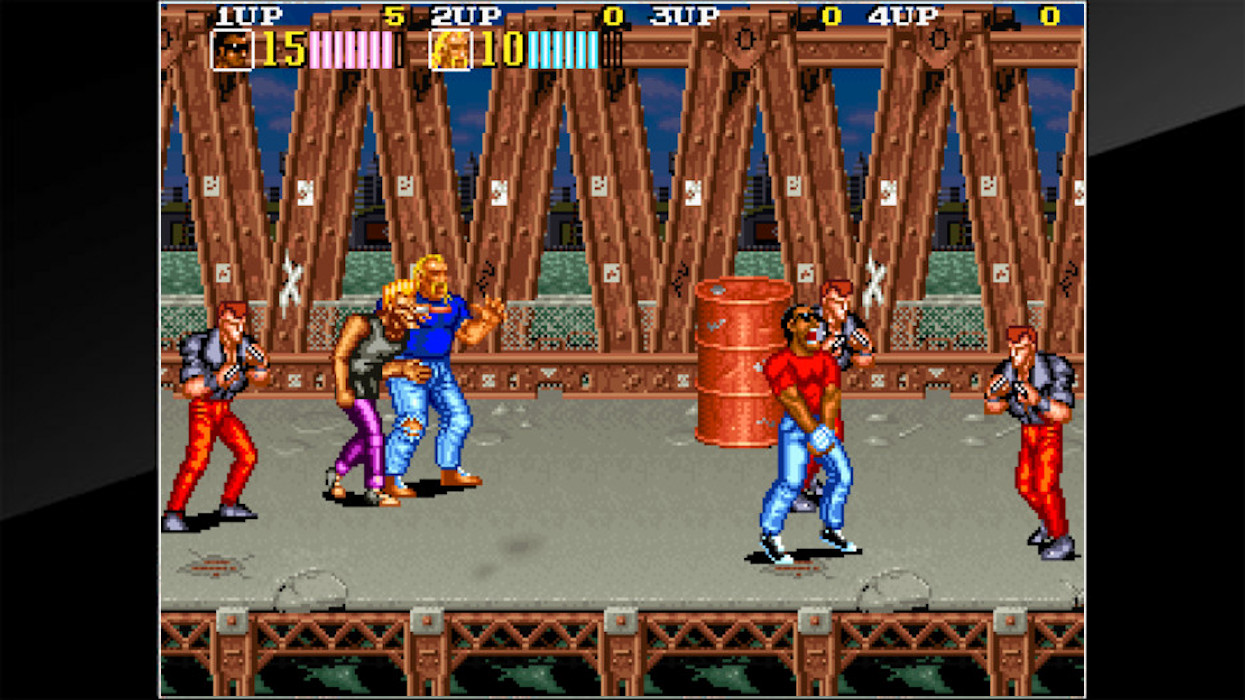 Japanese publisher Hamster is best known for porting numerous classic arcade games to PlayStation and Nintendo Switch (plus some NeoGeo games on Xbox). The Arcade Archives series makes it possible to play dozens of games from yesteryear, many of which have never been released on consoles before. The latest Arcade Archives release is Konami's Vendetta, the sequel to Crime Fighters.

Vendetta might be a little obscure (owing to its lack of previous console ports), but it's actually a really good beat 'em up from 1991. Like many Konami arcade releases from that time period, it has 4-player co-op. Each of the four characters seems to be modeled after celebrities and action heroes like Hulk Hogan and Mr. T. The graphics are great, there are tons of weapons to wield, and you can kick dudes right in the babymaker. Konami really should have released this game on consoles! Hamster's Arcade Archives releases are totally no-frills affairs, with clunky, generic menus and almost no enhancements to speak of. Still, they let gamers legally purchase numerous arcade classics for the somewhat affordable price of eight bucks a pop, so we can't complain too much about the uninspired presentation. I've always wanted to own Vendetta, and now I can!