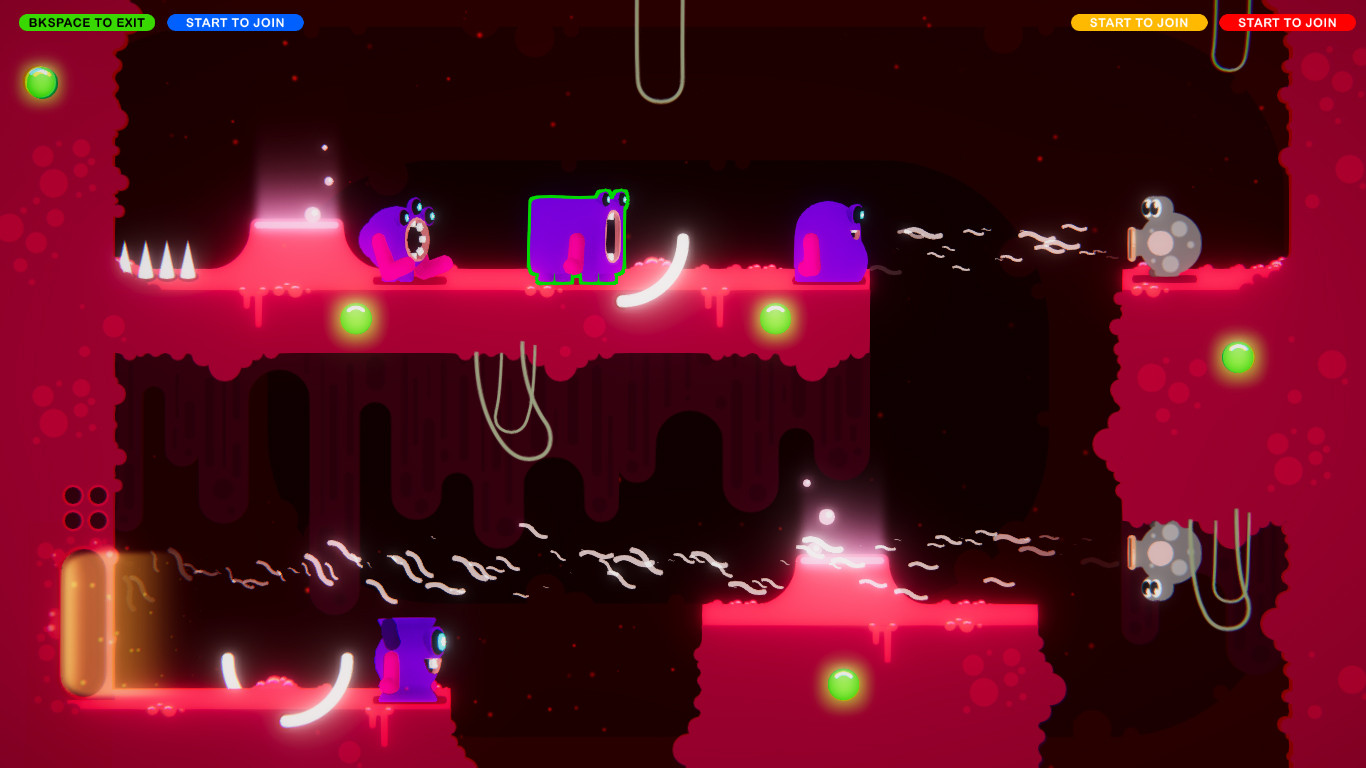 Back in 2018, Brazilian indie developer Epopeia Games released a pair of puzzle platformers on Steam: Goroons and IIN. Both games support local co-op, but they look and play quite differently from each other. Console gamers will now have the chance to experience Epopeia's brand of cooperative gameplay when Goroons and IIN launch on Xbox on August 5, both as solo releases and as a bundle.

Goroons is a puzzle platformer in the vein of The Lost Vikings. 1-4 local players control a group of purple aliens, of whom have a unique skill that is needed to navigate each level. When playing with less than 4 players, someone will have to switch back and forth between the aliens. Find four players, though, and everyone can focus on using their character's skill to help the team progress.

IIN is a physics-based puzzle platformer in which 1-2 players control ethereal souls that can move cubes around an environment. The goal in each level is to get a pair of cubes safely to the portal at the end of the level. Various obstacles will impact the movement of the cubes, so players might need to work together to reach the goal.

Goroons and IIN are available now on Steam for $2.99 each. The Xbox versions of Goroons and IIN will be sold for $4.99 a piece or as a bundle for $7.99. Preorder for a launch discount - the two games arrive on Thursday, August 5.