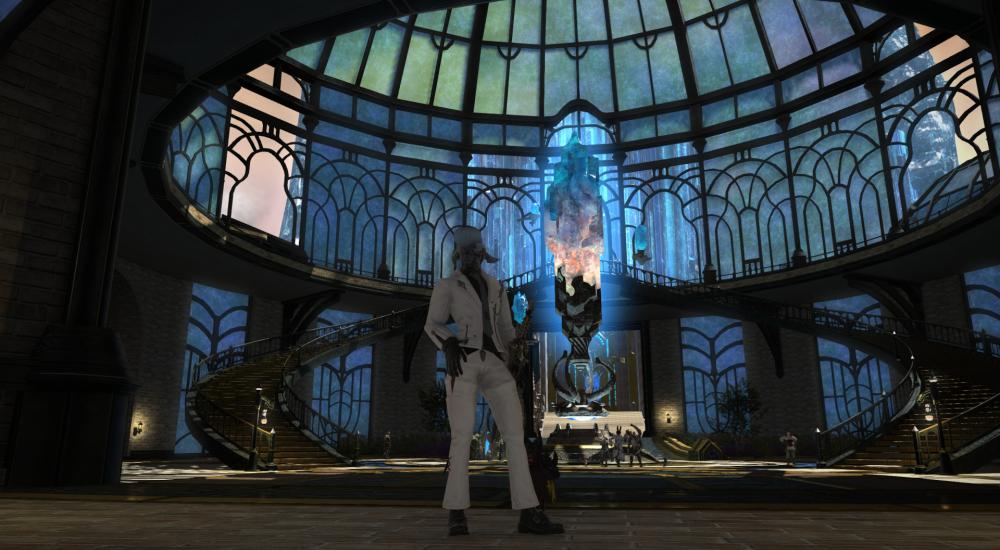 Square-Enix's flagship MMO, Final Fantasy XIV, has been through its share of ups and downs over the past 11 years, including an entire reboot three years after its release. We've touched upon the title here and there throughout that time between Tally's MMO Co-Opportunities articles and the occasional stream of it, but this week we're giving it a little bit more of its due as Jason and Mike sit down for a nice relaxing chat about this particular behemoth.

Final Fantasy XIV has received a fair amount of attention and praise these past few years due in no small part to the game's writing and character development; particularly in regards to the latest expansion, Shadowbringers. There's a lot of merit to that. Having spent some of the past 7 months playing through all of the main storyline quests of A Realm Reborn, Heavensward, and Stormblood, I can say that the overall narrative has been the biggest factor pulling me through.

The minute-to-minute action/gameplay isn't too different from a lot of fantasy MMOs (there are tank/DPS/healer roles each with their respective abilities and cooldowns to mind) and the actual questing itself is a little too standard/wrote. There are notable exceptions to this, of course, but what makes Final Fantasy XIV standout - for me, at least - is the story that begins at the end of A Realm Reborn and continues all the way up to, through, and beyond Shadowbringers, which I just started this week. I'm eager to see exactly how loose plot threads get resolved (or furthered), learn the fates of certain characters, and discover for myself exactly how this expansion in particular turned so much of the game on its head. The latter is no small feat and, per Mike, the development team nails it.

I mentioned this during the stream but I cannot stress it enough. If lore/story are your thing in games and any of the various, vague tidbits and teasers we drop along the way sound intriguing, go check the game out. It is free-to-play up until level 60 through all of the Heavensward content (which is a decent chunk of content), and if you've got some higher level buddies that have been bugging you to play, absolutely rope them into shepherding you through a majority of the A Realm Reborn content. Much like how some TV shows don't start getting good until the second season, Final Fantasy XIV begins to reveal some of the beauty underneath just before and during its second major expansion. If you're more interested in checking out the Extreme/Savage/Ultimate Trials and Raid content, then you can buy level/story skips to quickly unlock everything and be at max level. Just know that all of that content heavily relies upon having a very firm understanding of the mechanics for each boss fight and the proper rotation of skills/abilities.