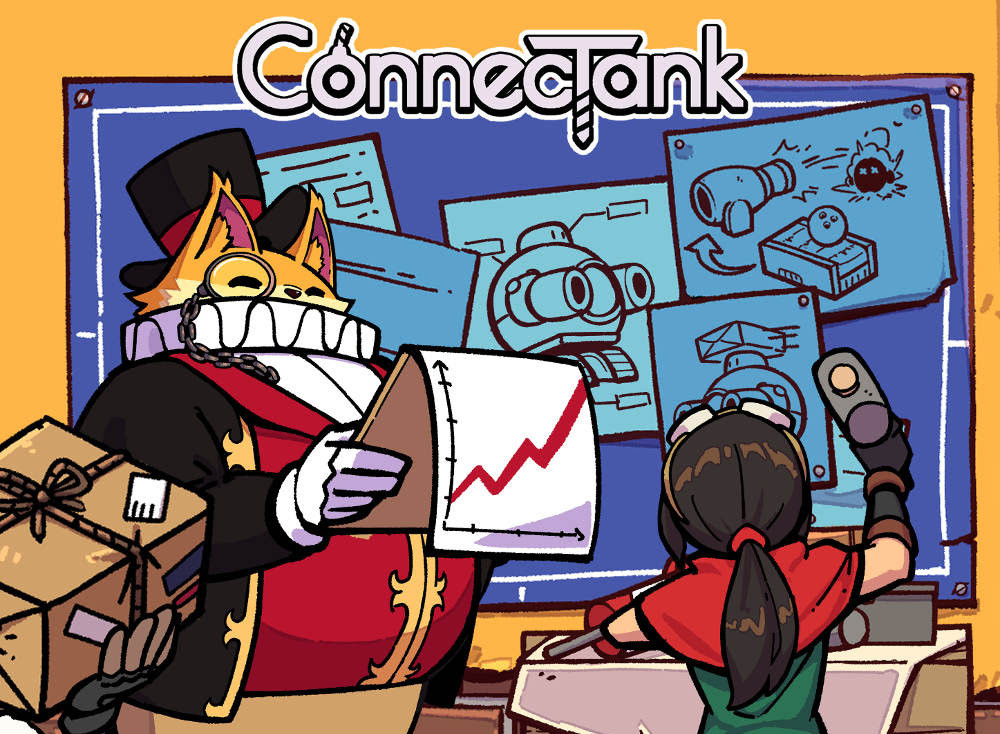 Natsume, best known for its Harvest Moon and Story of Seasons series, has also started publishing indie games over the last couple of years. The latest such game is ConecTank from mysterious developer YummyYummyTummy. While the title brings to mind a combat-focused game, ConecTank is actually a co-op puzzle game about giant tank battles. It's coming to consoles and PC at the end of September, and we're excited about it.

In ConecTank, 1-4 local players will select their characters and team up to man a gigantic battle tank. The playing field occupies the bottom of the screen while the top portion depicts the tanks and their projectiles. ConecTank's setup resembles that of Dragon Quest Heroes: Rocket Slime, although this game's tank battles lean more towards puzzle than action. The team's job is to observe the projectiles of the enemy and counteract them with stronger projectiles. Cannonballs in this game operate on a color-based rock-paper-scissors format, with red beating yellow, yellow beating blue, and blue beating red. Knocking out all of an opponent's shots will leave the enemy open to attack.

Figuring out which shots to fire is only part of the fun. First, the team has to repair or construct the conveyor pathway for the ammunition to reach the cannon. This part works like one of those pipe puzzle games, but it's fairly simple here, at least early on. Once the conveyor has been optimized, the actual ammo has to be formed by combining ingredients that pop out of a chute. The action/puzzle gameplay in ConecTank lends itself to frantic cooperation, the gameplay is unique, and the presentation and story pack plenty of charm. This is definitely a co-op title to watch out for.

ConecTank arrives on Xbox, PlayStation, Switch, and Steam on September 28. It will sell for $29.99. Strictly Limited Games will sell regular and deluxe physical versions for PlayStation and Switch. Grab the free demo on Steam if you'd like to try it before launch!