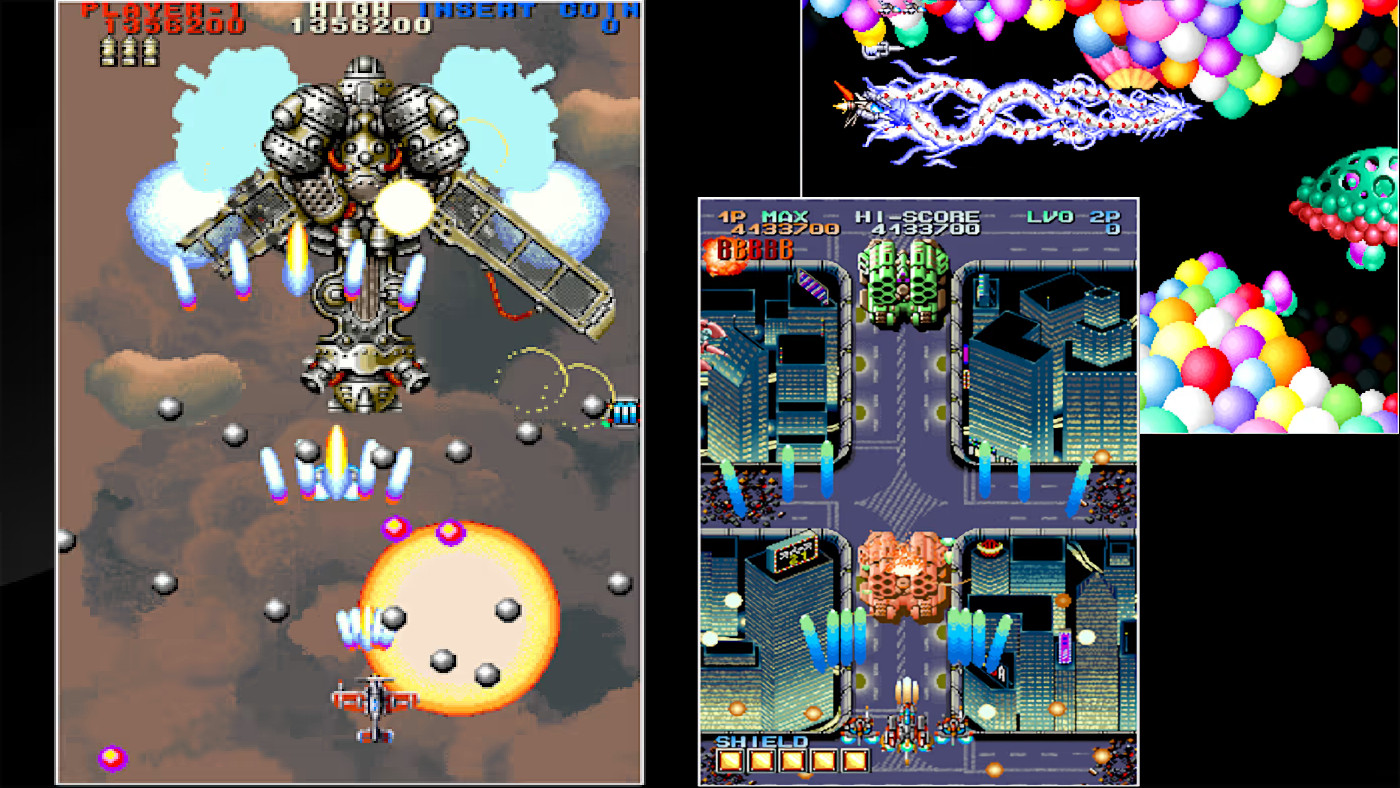 Hamster Corporation has made a name for itself in recent years by releasing no-frills arcade ports on PlayStation and Switch. Poor Xbox only gets Hamster's Neo Geo ports. In the last couple of months, Hamster has unleashed not one, not two, but three cooperative shoot 'em ups on Switch and PlayStation as part of its Arcade Archives series. Thunder Dragon 2 and Gunnail are vertically scrolling shmups, whereas the Konami classic, Orius, is a horizontal scroller.

All three of the following games feature 2-player local co-op.

Thunder Dragon 2 is a vertically scrolling shoot 'em up in which players pilot a variety of planes as they battle gigantic aircraft. Here's the official description:

"THUNDER DRAGON 2" is a shooting game released by NMK in 1993.
Let's aim to defeat the boss by using aircraft with different performance in 1P and 2P. It is an exhilarating work that defeats enemies that appear one after another with shots and bombs. "ORIUS" is a shooting game released by KONAMI in 1991.
Pilot the cutting-edge fighter craft, "Flintlock," and solve the mystery of what happened on planet E-Square. In this game, in addition to your usual shots, you can use the mysterious "Flint" life form for attack and defense. Gunnail is a vertically-scrolling shoot 'em up involving, presumably, both guns and nails. Official description:

"GUNNAIL" is a shooting game released by NMK in 1993.
This game has a feature called the MULTIPLE SHIELD SYSTEM where you'll get a higher score the fewer shields you have.
Experience hardcore gameplay mechanics typical of NMK, and an intense scoring system!

Arcade Archives: Gunnail sells for $7.99 on Switch and PlayStation. Have you played any of these shmups before, co-op fans? If not, now's your chance!