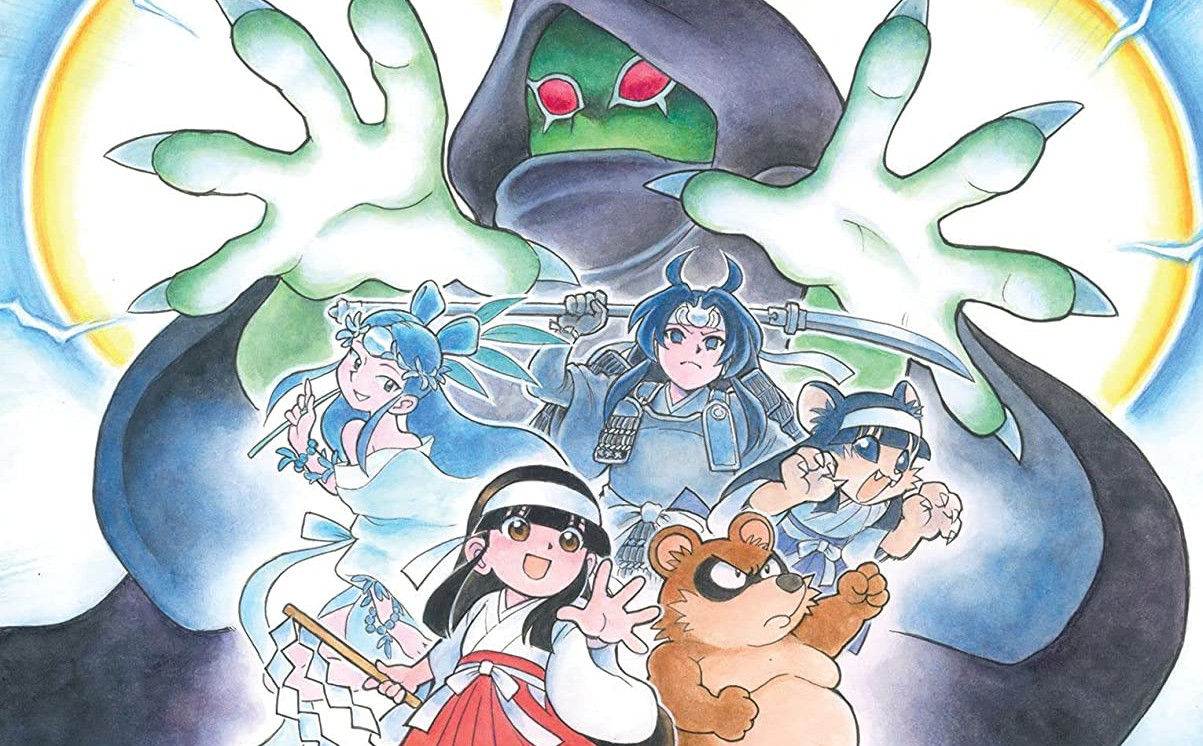 Pocky & Rocky, a co-op spin-off of Taito’s arcade classic Kiki Kaikai, debuted on Super NES way back in 1992. 30 years later, Natsume is ready to unleash a new sequel: Pocky & Rocky Reshrined. The new game features the same mystical Japanese-themed characters, top-down shooting action, and 2-player co-op that fans loved about the original, plus a total of five playable characters. Pocky & Rocky Reshrined is due for release on PlayStation and Switch in the Spring.

Pocky & Rocky Reshrined brings back the shrine maiden Pocky and her racoon friend, Rocku, on a new adventure to save the Nopino Goblins. These mystical goblins have long served as the series antagonists, but they’re forced into villainy by the evil sorcerer, Black Mantle. This game, like its predecessors, will be a top-down shooter. Previous installments have offered 2-3 playable characters. This one kicks the roster up to five:

The actual Story Mode in Reshrined is only single-player, but two local players can team up in Free Mode. Let’s hope that Free Mode will offer a substantial experience. It also remains to be seen whether this installment will utilize twin-stick shooter controls. I sure hope so! We’ll find out when Pocky & Rocky Reshrined arrives later this Spring.

Physical PlayStation and Switch versions of Pocky & Rocky Reshrined can now be preordered at Amazon for $29.99. Strictly Limited Games will be selling both Limited and Collector’s Editions, and the game should be releasing digitally as well.

Correction: This article previously stated that the release date for the game would be March 31. The actual release window, as of this writing, is Spring 2022.