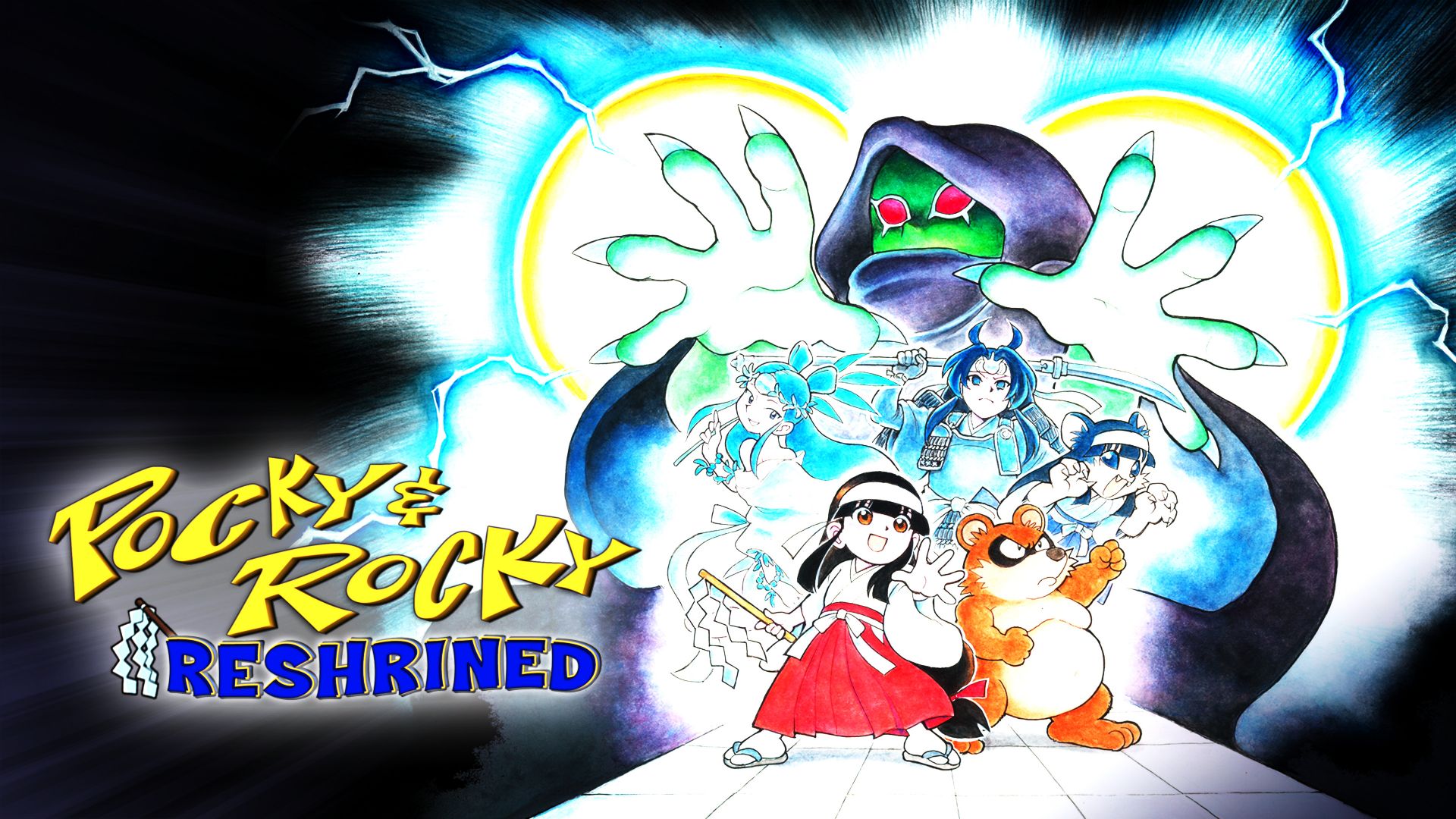 The Pocky & Rocky series has always enjoyed a cult classic status, with those in the know quietly celebrating each new game's release over the years. Pocky & Rocky Reshrined, which just launched today on PlayStation and Switch, seems to enjoy a fair bit more hype than usual. Perhaps Reshrined's colorful, hyper-detailed 2D artwork has something to do with it. The latest game in the top-down shooting series is quite a looker, and it also features an unlockable local co-op mode.

Upon first launching the game, only the single-player Story Mode (and two difficulty settings) will be available. The lovely intro begins with Rocky the racoon reporting to Pocky the priestess that the previously friendly youkai monsters are rampaging in the mountains. Our heroes will journey across numerous stages on their quest to set things right, even meeting friends who become additional playable characters along the way. The game initially looks and feels like a remake, with the first two stages being enhanced versions of classic stages. Soon, however, Pocky will encounter a twist that sends her to all-new lands populated by fresh characters. The top-down shooting gameplay has received numerous enhancements and refinements, but be warned that Reshrined is not a twin-stick shooter. As with previous entries, characters can only fire in the direction they are moving. Like its fellow new release Final Vendetta, Reshrined locks away some important content at the start of the game. Extra Easy difficulty must be unlocked by collecting a total of 3,000 coins during gameplay. Free Mode, which supports 2-player local co-op, can be unlocked by clearing Story Mode or collecting 10,000 coins. Be prepared to play the game solo a few times before you can invite a partner over for co-op!