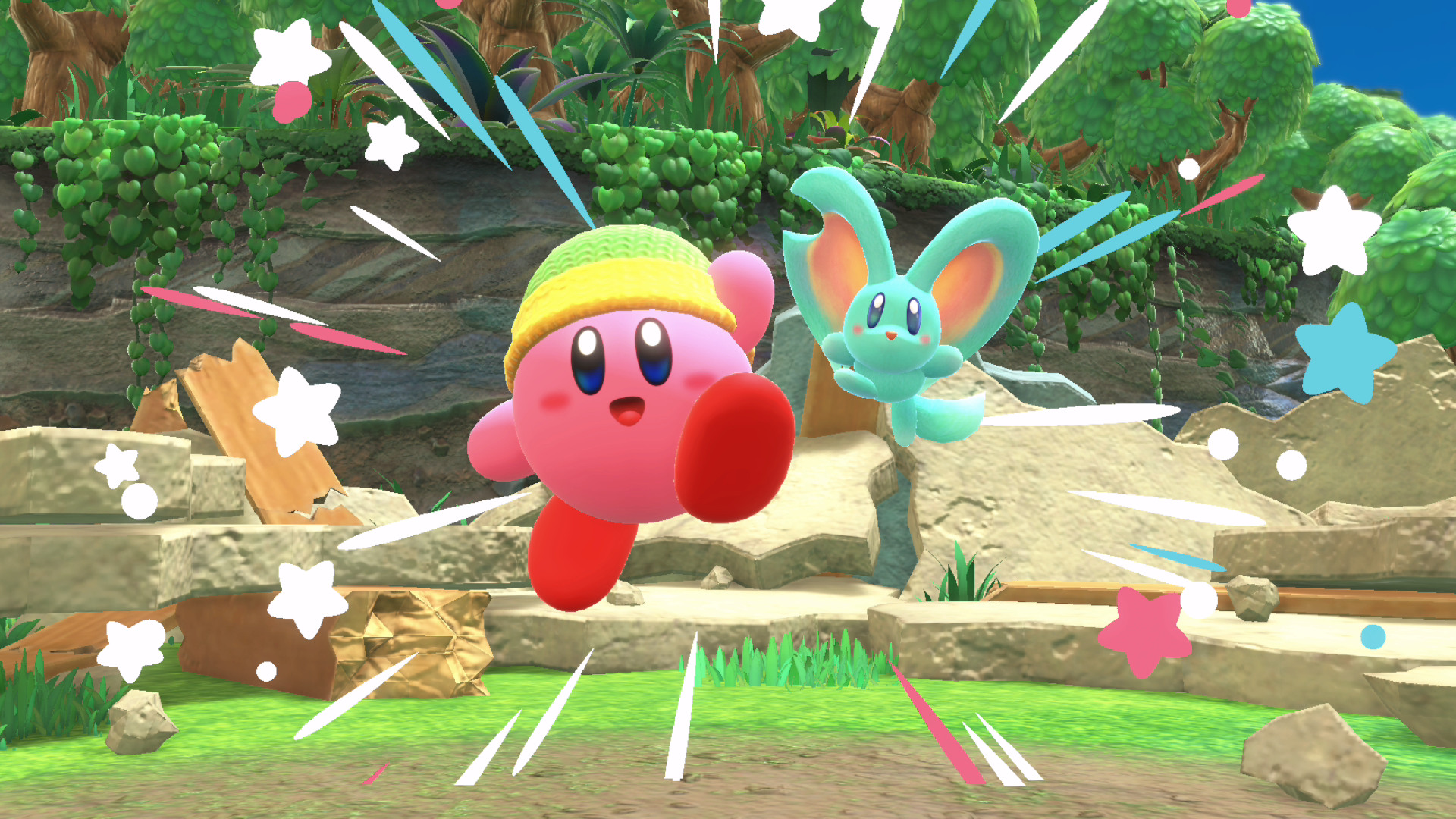 Kirby and the Forgotten Land is now available on Nintendo Switch. This installment of the Kirby series switches from 2.5D gameplay to full 3D platforming. Despite the change in perspectives, the game still manages to include 2-player local co-op. However, co-op play is not unlocked from the start. Read our quick and simple guide to learn just how and when Kirby gets to invite his buddy, Bandana Waddle Dee, along on the adventure. When the game begins, Kirby has just been sucked through a mysterious portal. He awakens on a beach in the Forgotten Land. The first level is called Point of Arrival. Kirby must run through the level solo. Halfway through, he'll gain his crowd-pleasing "Carby" form. The intro movie and song will play shortly thereafter. At the end of the level, Kirby leaves his car form behind in order to rescue an innocent creature, Elifilin, from a group of Awoofies, one of The Forgotten Land's new enemy types. After defeating the Awoofies and rescuing Elfilin, Kirby's friend Bandana Waddle Dee approaches the group and offers to help. A second player can now join in! Just have the first player pause, select "Play Co-op," and then confirm controllers. From then on, Kirby and Bandana Waddle Dee will be a team in their quest to save the Forgotten Land. To remove the second player, just pause and choose "Play Solo." The process of unlocking co-op should take 7-15 minutes in total, depending on how fast Kirby rushes toward the end of the first level. Kirby and the Forgotten Land sells for $59.99 on Switch at Amazon and the eShop. We'll have a full Co-op review soon. If you can't wait that long, be sure to download the free demo!