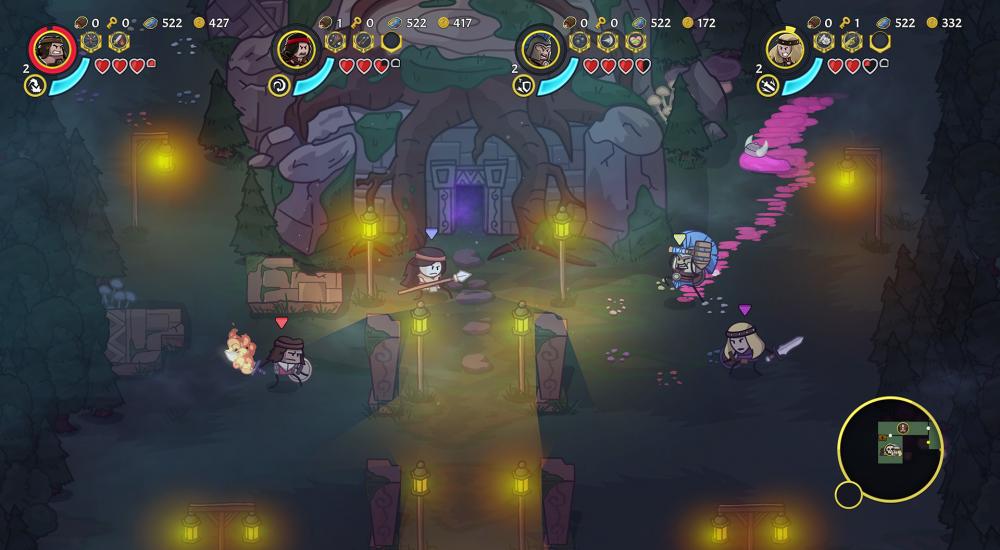 This week we looked at Conan Chop Chop in our weekly Monday evening co-op stream. Mike, Jason, Locke and Nick put on their loin clothes, strapped on their swords, and slaughtered the baddies of Hyboria together. But this isn't a dark and gritty game, instead it's colorful, goofy, and over the top.

The game feels and play like a cross between Binding of Isaac and Castle Crashers, with randomized zones that players must clear before entering a dungeon to kill a boss. Along the way you'll unlock treasure and items and gain experience for your character. These are all then used in the hub world to gain permanent attributes, abilities, gear, and strange pets like badass chickens and slime blobs with bone feet.

Overall everyone seemed to have a good time with the game, though for some (myself) couldn't get past certain stylistic choices. If there's an actual flaw we found, it feels as though the game is balanced ONLY for co-op, and single player becomes incredibly difficult - at least early on.

Watch our recap below where we manage to take out the game's first two bosses.