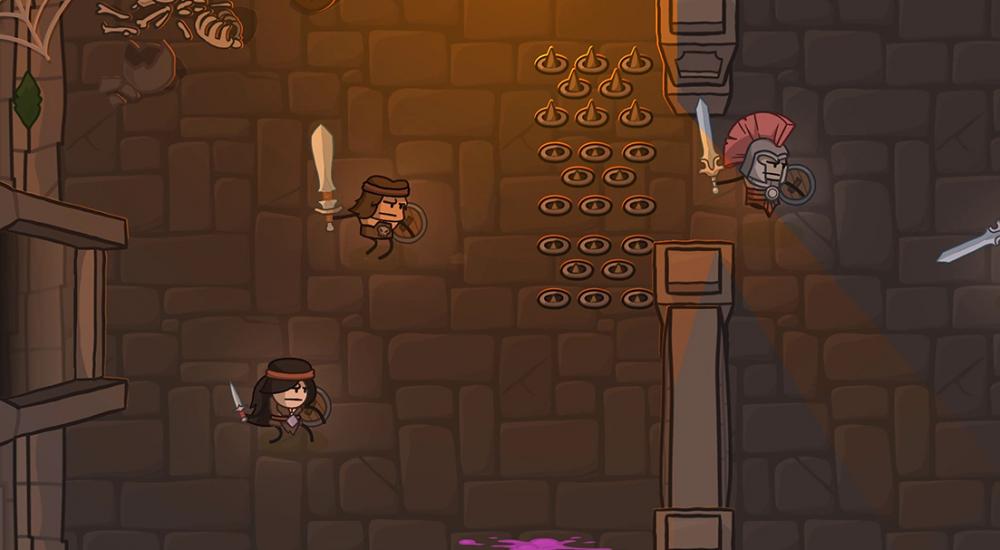 In a surprising announcement this week, Funcom revealed that Conan Chop Chop - a game that was teased on April's Fools Day - will be arriving to PC, PlayStation 4, Xbox One, and the Nintendo Switch on September 3, 2019. This may be one of the more inventive marketing tactics I've seen in a while as that initial reveal was taken, understandably, to be a joke. However, it seems that that was all part of the plan as Australian developer Mighty Kingdom has been working on this for a little while and they've done their best to keep it under wraps.

The game is a "roguelike hack-and-slash" game that features four player couch co-op, randomized levels, loot, bosses, and combos. You and your buddies will be able to play as stick-figure representations of the Hyborian heroes Conan, Pallantides, Valeria, and Bêlit as you take on the forces of Thoth-Amon and try to stop him from resurrecting the evil wizard Xaltotun. It's quirky, weird, but also strangely appealing?

Conan Chop Chop will be out on PC, PlayStation 4, Xbox One, and Nintendo Switch on September 3. Up to four players can team up together on one couch to take down Thoth-Amon.