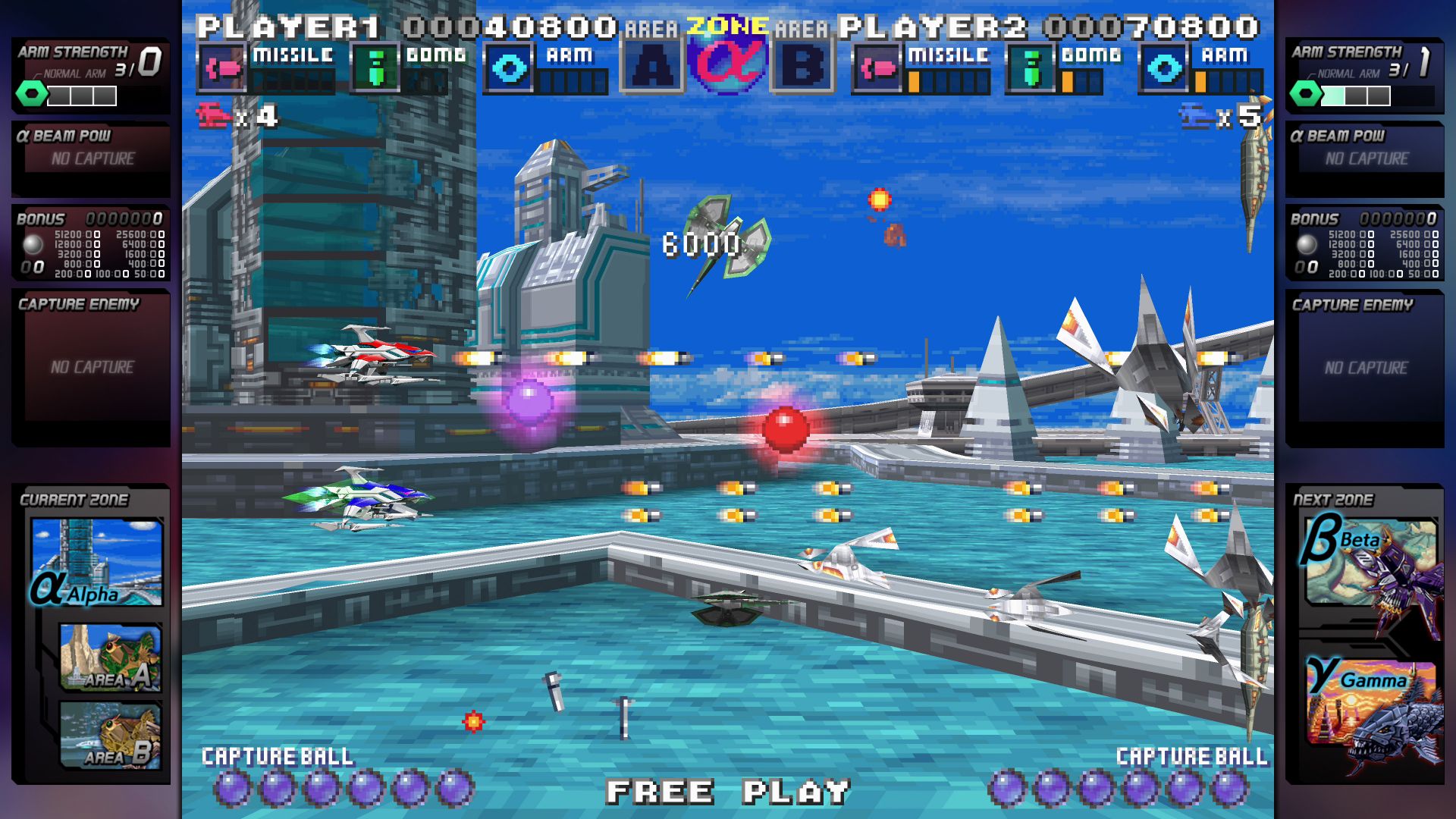 Last year, ININ released G-Darius HD, an enhanced version of Taito's arcade classic shoot 'em up. In our co-op review, we praised the game's gameplay but felt that it could have used more additional modes for the $30 price tag. Well, our wishes were answered in a big way via the recent Version 2 update. Developer M2 has added a whopping three additional variations of G-Darius, including the robust PSOne version of the game. Now that's how I like my fish-flavored sci-fi shooters!

The Version 2 update is so huge that it's hard to put into words. See the official summary below. Sounds like a lot of content, doesn't it? The above text doesn't say much about the "G-Darius for Consumer," though, which is the original PlayStation port of the game. It's quite unique, with features like [grainy] FMV cinematics, a training mode, Vs. Boss Mode (in which players can practice against any of the 15 bosses), and a movie viewer. The Vs. Boss and Training modes even support co-op! "G-Darius for Consumer" is quite a distinctive version of the game, one that some players may prefer over other versions in the overall G-Darius HD package.

Our original co-op review rated G-Darius HD as a 3.5 based on the amount of content and replayability it offered for the money. The game just got a lot bigger, so we've kicked the score up to 4. G-Darius HD is a really good package with just about everything a G-Darius fan could want.

G-Darius HD sells for $29.99 on PlayStation, Switch, and Steam. The Switch version is on sale for 40% off at the time of this writing, a killer deal on 5 unique variations of a great shmup. Don't let those space fish get away!