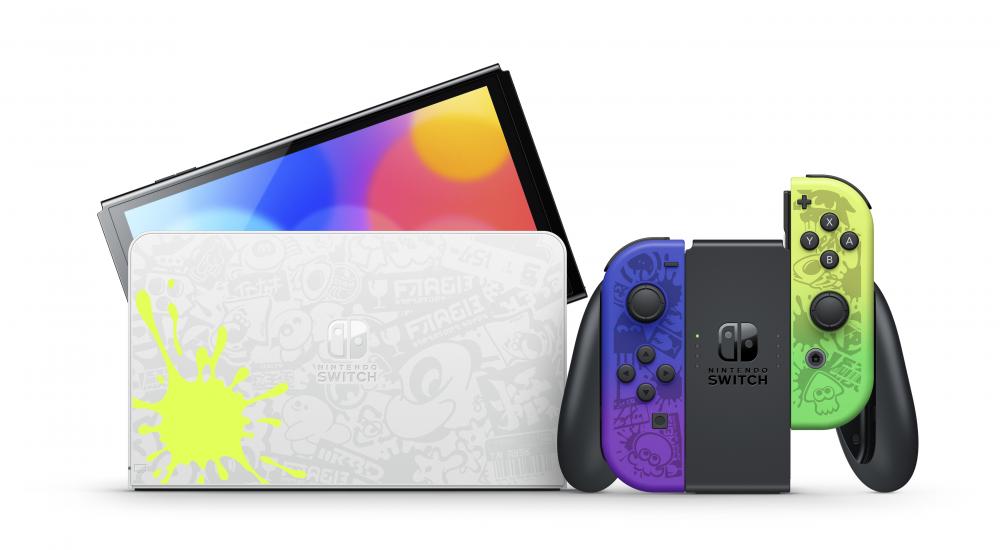 Splatoon is Nintendo's series of third-person shooters in which teams of players cooperate or compete to paint environments and each other. The latest game in the series, Splatoon 3,  is due out on September 9. To celebrate the occasion, Nintendo will be releasing both a Splatoon-themed OLED Switch console and a Pro Controller for Switch. Both pieces of hardware look appropriately colorful indeed.

In the Splatoon 3 game, you’ll engage in chaotic 4-v-4 Turf War** clashes across a mix of new and returning stages, where teams face off to cover the most ground in their ink to win, and discover features, weapons and the trendiest gear this side of the sun. Splatoon 3 also features a single-player campaign and the next iteration of the co-op Salmon Run mode. Join Agent 3 in the single-player story mode for a fight against the unruly Octarians and discover the secrets of a mysterious place called Alterna and the Fuzzy Ooze. When diving into Salmon Run, you’ll ink up with teammates to fend off waves of dangerous Salmonid bosses, some of which are colossal in size!

Launching on August 26, the Nintendo Switch – OLED Model Splatoon 3 Special Edition, as it's called, will include a standard OLED Switch, one blue and one yellow gradient Joy-Con controllers with white undersides, and a white Switch dock. The Joy-Cons are my favorite part of the package, though the white dock is quite cool too. As with other special edition Switch consoles, I wish the console itself was as colorful and uniquely decorated as the Joy-Cons and dock, however.

Can't wait to buy? Splatoon 3 for Switch can be preordered in digital and physical versions for $59.99.