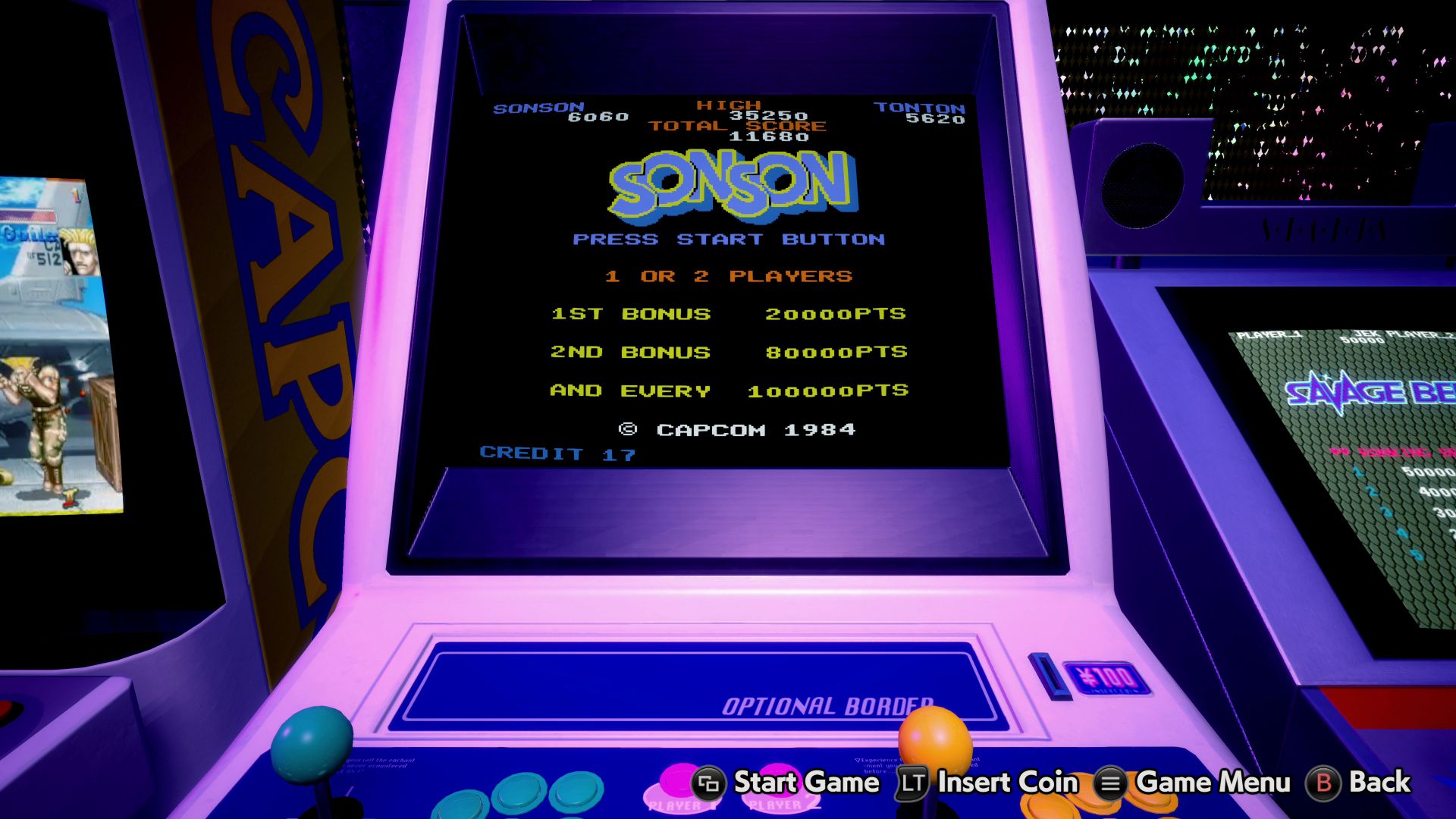 We recently reviewed the first Capcom Arcade Stadium, a collection of 32 arcade classics from Capcom's heyday. Now Capcom Arcade 2nd Stadium has launched on all platforms (a few hours late on consoles), bringing with it another choice batch of 32 arcade games. The base game is free to download and comes with SonSon, a run-and-gun shooter based on the famous Chinese novel, Journey to the West. The remaining titles can be purchased individually or via bundle. Let's head to the arcade!

Like the first collection, 2nd Stadium includes a virtual arcade filled with customizable 3D arcade cabinets. Games can be sorted by a handful of genres, though alphabetical sorting is still frustratingly absent.  Each game has a digital manual, multiple options, and three different types of challenges to complete. Special features include save states, rewinding, and the ability to adjust game speed. Of the 32 games included in this installment, 14 have local co-op. These include:

See our games list article for the remaining titles.

Capcom Arcade 2nd Stadium is free to download (with SonSon included) on Xbox, PlayStation, and Switch, and Steam. The full bundle of 32 games can be purchased for $39.99 on each platform. Let's launch them on time next time, okay, Capcom?