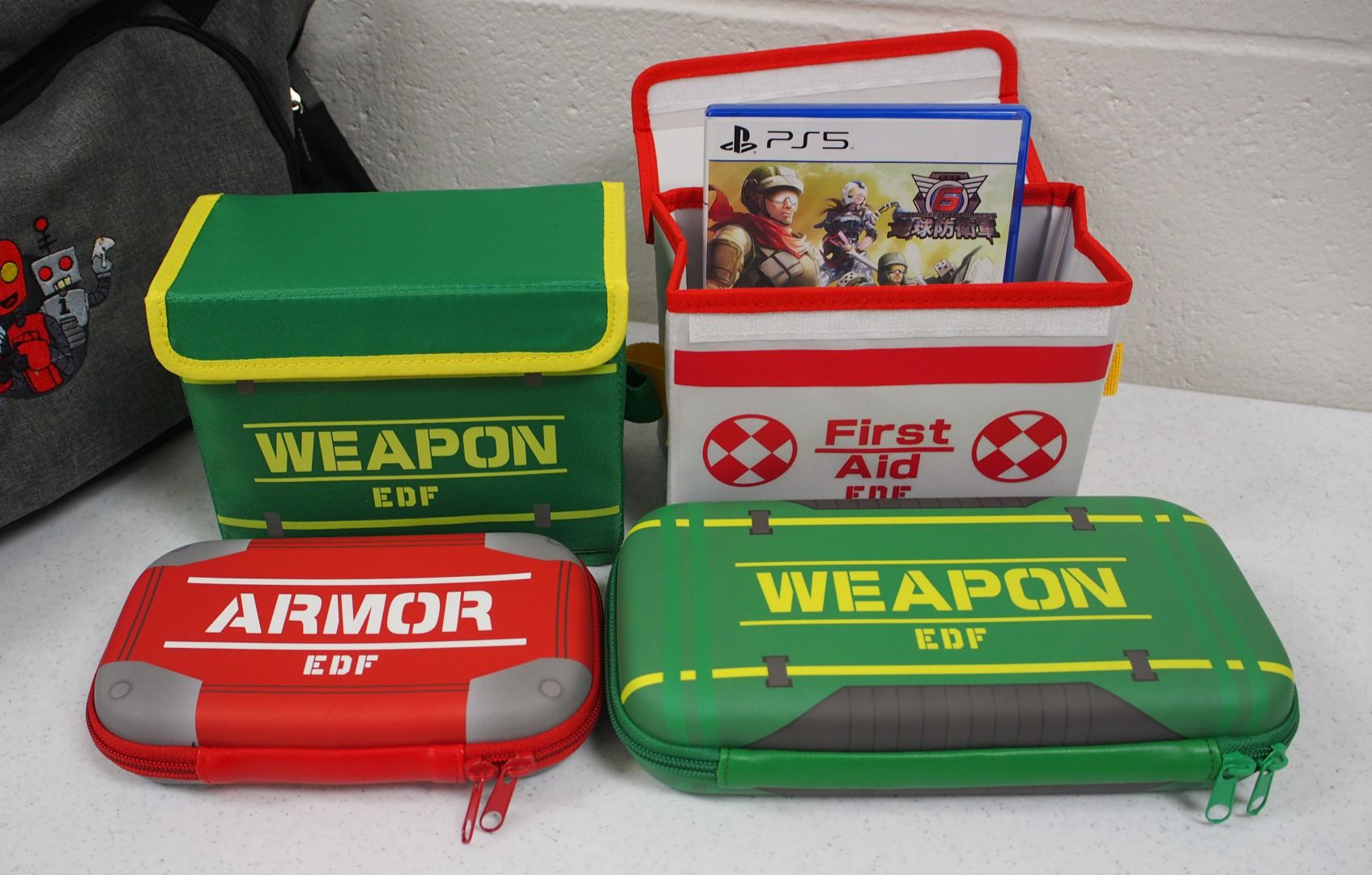 Earth Defense Force isn't exactly obscure, but it remains a sleeper series in the gaming world at large. Earth Defense Force 6 recently launched in Japan, however, where it has outsold all previous entries. D3 Publisher has also released some choice EDF merchandise, including replicas of the items that every EDF player loves to collect: Weapon, Armor, and Health crates! These items are easily importable, and one of them even doubles as a ridiculously cool Switch case. The EDF cases come in two styles: hard protective cases and collapsible soft cases. The soft cases are available in Weapon, Armor, and Health crate styles, though I wasn't able to buy the armor design because it was sold out. The hard cases only come in weapon and armor styles. The Weapon case is the perfect size to carry a Switch with no accessories, whereas the Armor case should be able to protect a 3DS quite well. At the time of this writing, three of the five cases are temporarily sold out at Amazon Japan. They can also be purchased from other importers, but Amazon Japan is probably the most affordable and convenient place to order from. Earth Defense Force 6 is currently a Japan-only release for PlayStation 4 and 5. The game is not region-locked, so it will play on any PlayStation 4 or 5 console. Menus and dialog are in Japanese, but our menu translation guide should help a lot with navigating the game.