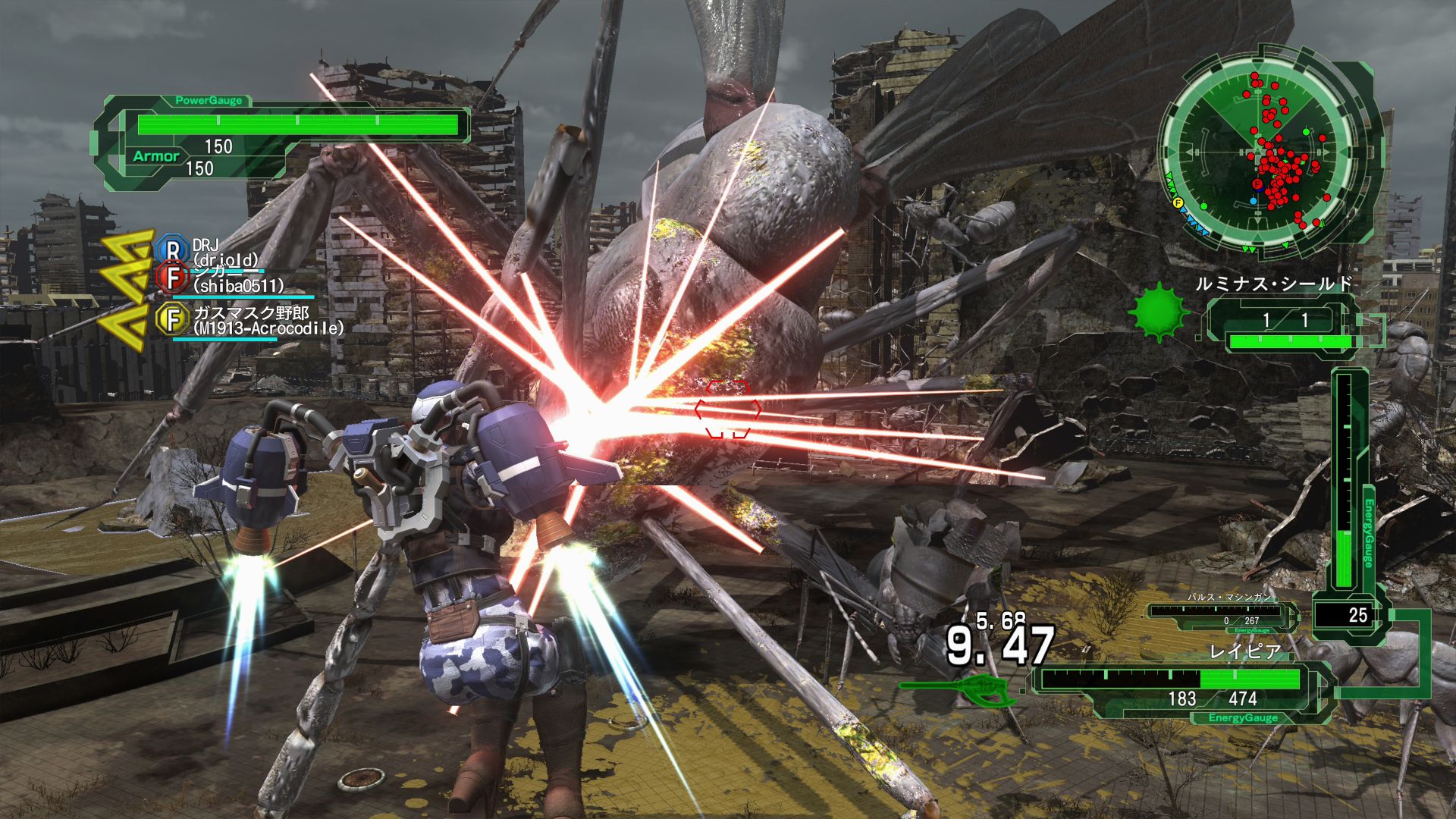 Back in May, D3 Publisher announced an August Japanese release for Earth Defense Force 6. Time flies, as do hornets, drone ships, dragons, and other deadly things. EDF6 has now launched on PlayStation 4 and 5 in Japan. The new game builds on everything players loved about  Earth Defense Force 5 while improving graphics, adding better environmental detail and destruction, new uniforms for all four playable classes, creepy new enemies, and lots more. No western release has been announced for EDF6 just yet, but we’re here with quick impressions and tips for importing!

Earth Defense Force 6 is a direct sequel to EDF5. In that game, humanity managed to fend off the invading alien Primers, but at great cost. Most of the Earth’s cities and even the EDF headquarters were destroyed before the remaining EDF forces finally destroyed the godlike alien being behind the invasion. In EDF6, the surviving humans must fight off the alien reinforcements and salvage what’s left of our planet. Those bad guys don’t give up easily! All four playable classes (the versatile Ranger, the flying Wing Diver, the support-oriented Air Raider, and the tank-like Fencer) return with new, more realistic uniforms and lots of gameplay tweaks. For instance, the Wing Diver no longer wears skimpy outfits. Maybe she got tired of bug blood splattering on her skin! Most of the traditional series enemies have returned, joined by new enemies like huge dragons, androids, and giant-headed aliens with spindly bodies. A whopping 140-plus missions are playable by default, and as usual, additional missions will be sold in DLC packs.

In my brief playtime with EDF6 so far, I’ve been impressed with the PlayStation 5 version’s improved graphics. Character models show more detail, as do the ruined city environments. If a building has lost a wall, players can actually enter it and stand on its various floors, something not possible in previous games. Some ruined buildings have fallen over at an angle and can be climbed upon, too. There’s a new animation whenever players pick up weapons and items – a cool touch given how much of the fun in EDF comes from collecting goodies. On the downside, despite the improved graphics, the game still suffers from occasional screen-tearing, just like the PlayStation version of EDF5. Gameplay-wise, the game starts with a slow, boring tutorial mission, also like EDF5. You’d think that developer Sandlot would learn! Still, it won’t take too terribly long to clear the tutorial and start blasting aliens. Earth Defense Force 6 is available on PlayStation 4 and 5 in both physical and digital formats. The game is not region-locked, so it will play on any PlayStation 4 or 5 console. Menus and dialog are in Japanese, but the gameplay is pretty intuitive. We’ll be publishing a menu translation guide soon, too!

No English version of EDF6 has been announced, but there’s a good chance that a publisher like XSEED will pick it up eventually. We’ll let you know when that happens!