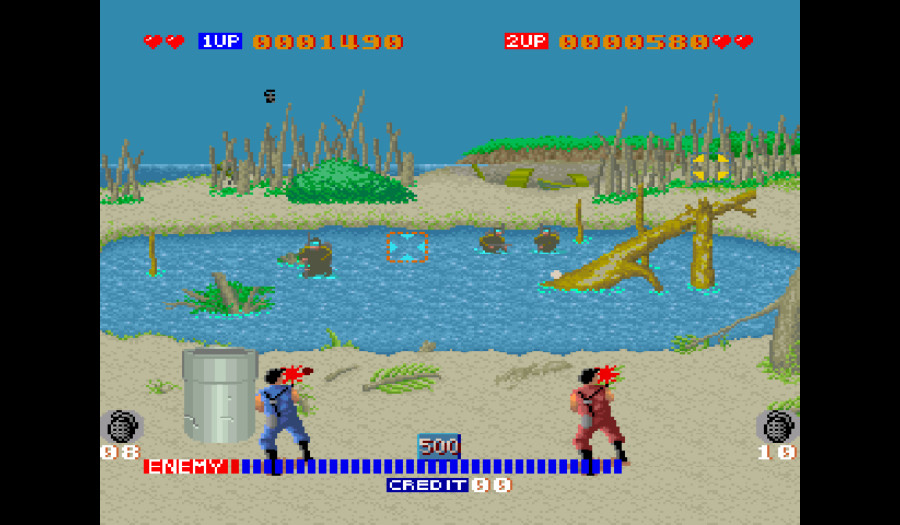 It has been a while since we shared iiRcade news, but that's mostly because there haven't been many new co-op releases for iiRcade lately. That will change soon, thankfully! Starting with last Friday's release of Toki (a cool single-player run-and-gun platformer starring an ape), iiRcade will release a total of four arcade games from TAD Corporation, a Japanese game developer. The next three releases include Blood Bros, Cabal, and Heated Barrel, all shooters which feature 2-player local co-op!

Official descriptions of the four games from TAD Corporation:

Toki sells for $9.99 on iiRcade, so we expect similar prices for the remaining three games. An HD remake of Toki from Microids is also available on Xbox, PlayStation, Switch, and Steam for $19.99. Somehow, I own all four versions, so I'd better get the iiRcade game too! Toki was also ported to NES, Sega Genesis, Atari Lynx, and home computers back in the long-ago. As for the three co-op games listed above, only Cabal ever received home console ports (released for NES and computers). Seeing as how these are slightly obscure titles, the iiRcade releases will be many gamers' first experience with them.