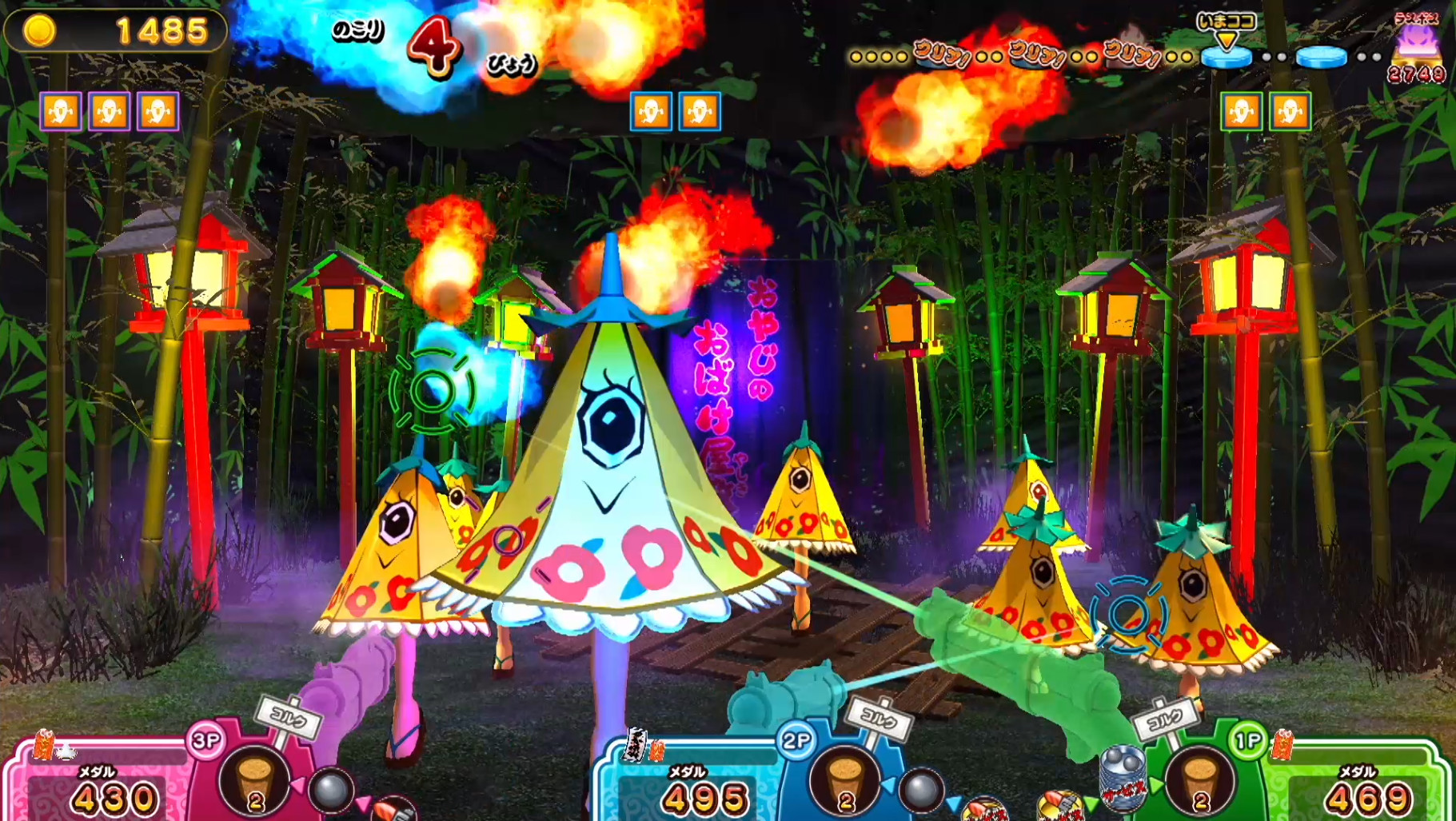 Aksys Games recently conducted an event called "All Aksys" on Twitch.  During the event, the publisher announced several new Nintendo Switch games. Of those titles, Spooky Spirit Shooting Gallery will support 3-player local co-op! A port of a Japanese light gun arcade game, Spooky Spirit Shooting Gallery lets players team up to blast all manner of Japanese yokai (spirits and monsters). It's due for an English release in 2023.

Spooky Spirit Shooting Gallery was originally released as Moshikashite? Obake no Shatekiya for Nintendo Switch in Japan and comes from a developer called Enheart.

The game consists of two modes: Medal Mode and Party Mode. Medal Mode recreates the arcade experience, with players progressing through shooting gallery stages and eventually entering the haunted house. There, they will face a challenging final boss. Party Mode supports 3-player local multiplayer and offers more than 15 competitive minigames and more than 14 cooperative minigames to play. Joy-Cons are required for both game modes. Light gun-style games are nearly always a good time, and the lighthearted yokai theme really sets this one apart from the crowd.

Spooky Spirit Shooting Gallery will be released on Switch in Summer 2023. For more details, check out the game's Japanese website.

If you need a rail shooter fix right now, be sure to check out the much darker The House of the Dead: Remake for Switch and other platforms.