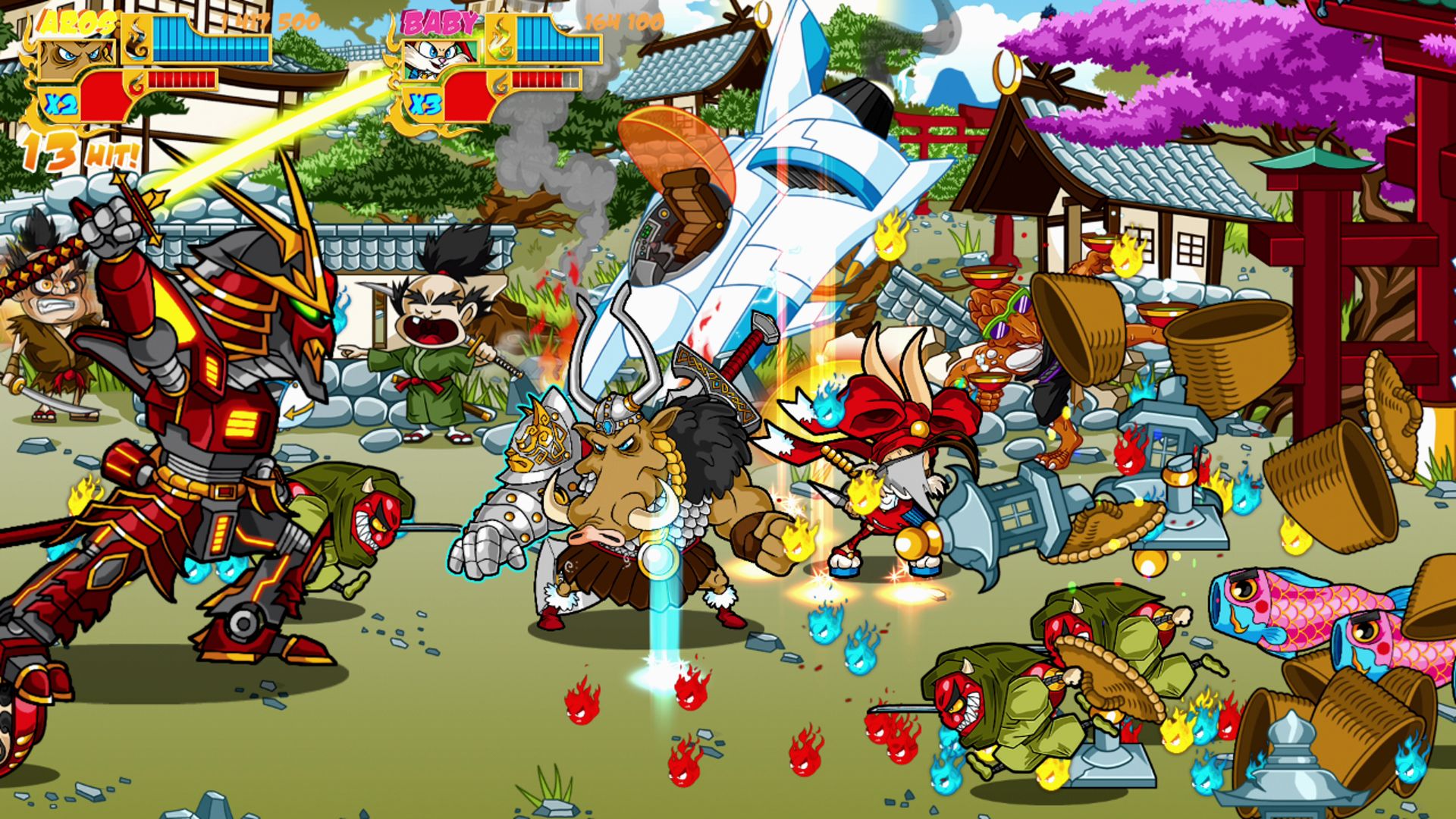 In early 2021, Dutch studio Tanuki Creative successfully launched a Kickstarter campaign for a beat 'em up called Jitsu Squad. The game has been out on Steam for a while, receiving numerous updates, and now it's headed to consoles. PlayStation and Switch versions are due in December, and publisher ININ Games plans to release an Xbox version later on. That means "jitsu" for everyone!

The story of Jitsu Squad involves the search for the Kusanagi Stone, a legendary artifact said to grant godlike powers to its owner. The evil Origami, who is probably not made out of paper, enslaves a legion of fallen warriors, turning them into animals and sending them to hunt for the stone. Four of the animal warriors manage to escape and become the Jitsu Squad, the only hope of stopping Origami and his legions! The Steam version of Jitsu Squad is an impressive beat 'em up. The controls are quite fluid, allowing for rapidly-paced fights and long combos. The team learns new moves (some of which have fighting-game style motions) as they progress, adding serious depth to the combat. The visual style is colorful, cartoonlike, and fairly flashy, evoking memories of beautiful 2D fighters like Marvel vs. Capcom. The soundtrack is cool too. A game this stylish and approachable deserves to be played by a wide audience, so it's great to see the console releases are near at hand. Note that the Switch store page only promises 2-player local co-op, so that version might not be 4-player like the others.

Jitsu Squad will arrive on PlayStation and Switch in December 2022, though no specific day has been announced yet. The retail PlayStation 4, PlayStation 5, and Switch versions are available to preorder for $29.99 each. Physical collector's editions can also be preordered for $69.99 at Games Rocket. An Xbox version will eventually be released as well. If you can't wait, Jitsu Squad is already out on Steam and Epic for $19.99. We'll have more to share soon!