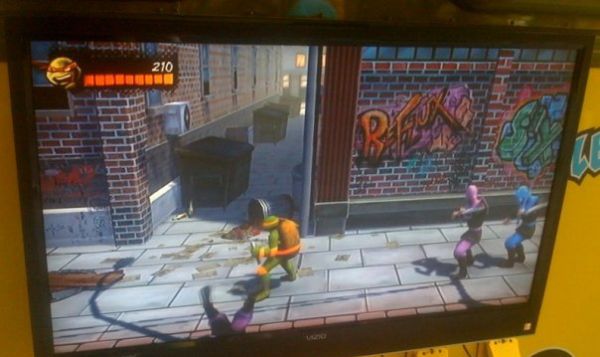 Turtles in Time is arguably the fan favorite of the classic Ninja Turtles games. Well, some (hopefully) good news for Turtles fans everywhere: Turtles in Time gets a 3D remake on the Xbox arcade! According to Ninja Pizza, who gave the demo a test drive, this Turtles in Time remake updated a lot of the things that needed to be updated, and left the rest well enough alone.

Hopefully they've upgraded the 2 player co-op to 4 players, especially now that we have the wonderful internet available!

To me, this is how remakes should be. Updated graphics, original music and locations, and Tokka and Rahzar. Plain and simple, I can be 10 years old again playing my SNES, enjoying an afternoon of Pizza and Turtles. Join me for some amazing co-op, as we relive the good old days! Dibs on Donatello!