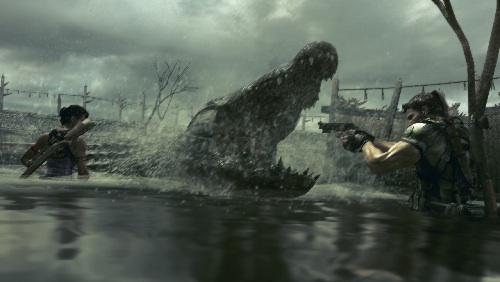 Earlier this year Resident Evil 5 found its way onto the Xbox 360 and PlayStation 3.  The game featured a very well done co-op campaign as well as an online co-op mode called Mercenaries.  Capcom has announced that console gamers aren't the only ones who get to follow the adventures of Chris and Sheva as PC owners will get their keyboards covered in blood later this year.

It appears that the PC version of the game will only support online play, no split screen, but will be getting a brand new 3D mode.  To utilize the 3D effects players will need to have a pair of NVidia's GeForce Vision glasses.  No released date has been set, but we expect the game late this summer.

Be sure to check out our full review of Resident Evil 5.