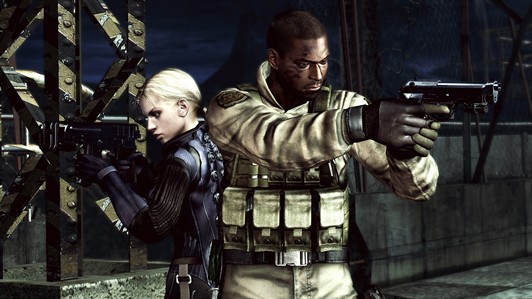 Round two of the Resident Evil 5 DLC has been released today. This chapter of the Resident Evil 5 addition takes you through Jills survival after Chris rescues her from the clutches of Wesker in the main storyline. You'll play as Jill and Josh to see exactly how Josh assists in her continuation of the storyline and it's bound to be a tense time. The DLC is titled "Desperate Escape," and is available on Xbox LIVE for 400

or the PSN for $5. This pack will also include additional characters and outfits for Mercenaries mode, which is also delectably co-op.

For those that haven't enjoyed the full game, the gold edition is right on the horizon.