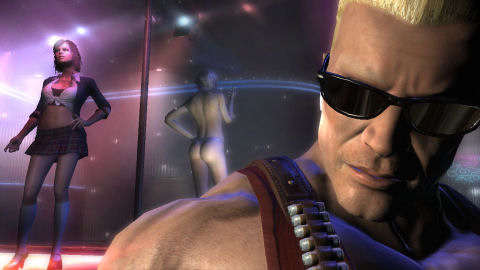 Ladies and gentlemen, I bring you the end of the longest running development of a game.  No, Duke Nukem Forever has not finally been finished.  Instead it appears that 3D Realms has shut down, closed their doors, and ceased to exist.

After 13 years we finally got a screenshot or two of Duke Nukem Forever with the release of Duke Nukem 3D on Xbox Live Arcade; but even that game couldn't save the studio.  According to Shacknews 3D Realms employees have been let go, and Apogee may have been affected as well.  We did just receive the following statement though concerning the upcoming Duke Nukem Trilogy

Deep Silver and Apogee Software are not affected by the situation at 3D Realms. Development on the Duke Nukem Trilogy is continuing as planned.

That statement by Deep Silver PR reps all but confirms the studio's closure.  3D Realms has always been a great supporter of cooperative play, so this truly is a sad day, despite the jokes we made about Duke Nukem Forever - we had high hopes for the game and for the game to contain co-op.

We'll keep our fingers crossed that 13 years of work will not be in vain, and somehow, someway Duke can kick ass and chew bubble gum in a true sequel.  Until that happens we'll have to get our fill with the Duke Nukem Trilogy on the DS and PSP - and of course the XBLA Classic.