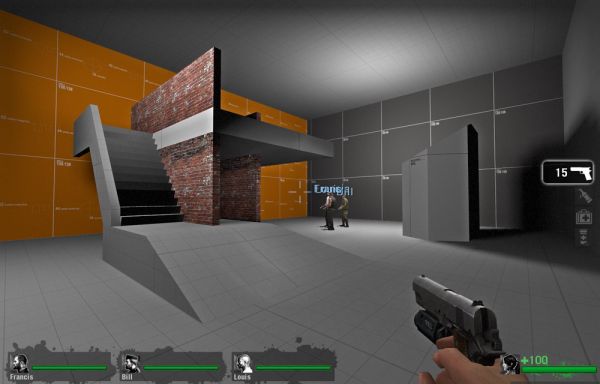 David Jaffe thinks that zombie games are -- for the most part -- "played out". His mini-rant on Twitter inspired The Enquirer of gaming blogs to ask the question: have we had enough?

According to Josh Olin of Treyarch -- who is currently very busy* hyping the upcoming Call of Duty: World at War map pack and introduction of a Japanese-themed variant of Nazi Zombies -- the answer is a resounding NO.

Valve to the rescue! The Left 4 Dead creators have released the official software tools to help you design your own zombie apocalypse maps and scenarios.

Using the L4D Authoring Tools, you may create your own campaign maps, character skins, 3D models, sound effects, and music and load them into the game.

This release also introduces a pair of plug-ins for SketchUp, a 3D modeling program you may download for free. You may use these plug-ins to create building blocks and props that can be imported into Hammer for use in game levels.

PC zombie killers rejoice! On top of custom Left 4 Dead content, you can also pick up World at War for half price on Steam, including the first map pack (and Zombie Verrückt), which is free.

[UPDATE]: Sorry, World at War isn't on sale after yesterday. My mistake.