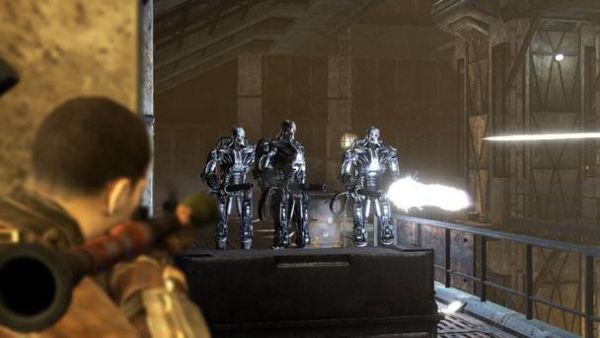 As we told you yesterday, Terminator: Salvation launches today.  To celebrate the game's launch Warnerbros has released a final trailer for the game.  The trailer showcases in game dialog mixed with music and clips of things blowing up in true movie trailer fashion.  The end result is something that should get you pumped up for shooting silver robot dudes with red eyes in the face.

Terminator: Salvation features a two player split screen co-op mode and is based on the movie of the same name which releases in theaters this Friday.  Unfortunately the game doesn't have any character likeness or voices from the movie.  But don't let that stop you from kickin robot skull.