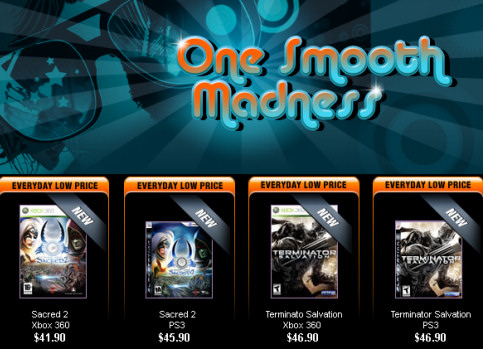 Is your wallet getting a little light?  Still want to get in on some great co-op action with new releases?  GoGamer is coming to the rescue with great deals on the recently released Sacred 2: Fallen Angel for the 360 and PS3 and Terminator: Salvation for the 360 and PS3.

You'll be saving at least $15 on each of these, though personally the better deal and value will be Sacred 2.  Four player co-op either online, locally or a combination of the two is pretty sweet.  And there's lots of replayability.

Use this link for your purchases and support Co-Optimus!