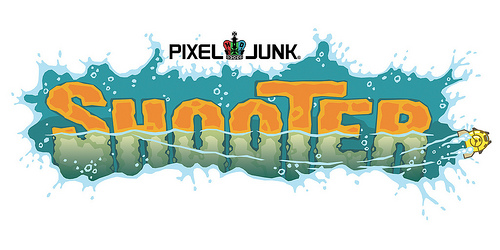 The Pixel Junk team has announced their next PlayStation Network game, one that was previously named Pixel Junk 1-4, has gotten a name and will be getting an upcoming demo.  After taking fan entries, and receiving almost 10,000 of them, the official name of the game is Pixel Junk Shooter.

The previous Pixel Junk games, including Monsters and Eden, are no strangers to co-op.  So it's with great delight that we can announce that Shooter will continue the tradition offering co-op play!

There's not much known about the game, other than what we see in the initial trailer announcement, but it does look to be a more action oriented title.  Players will navigate their craft through subterranean levels as they rescue people in what the developer describes as a new age Chop Lifter.

As for the demo, those of you lucky enough to be attending E3 next week will get some hands on time with the game.  No release date is set yet, but we'll be keeping an eye on this one for sure!