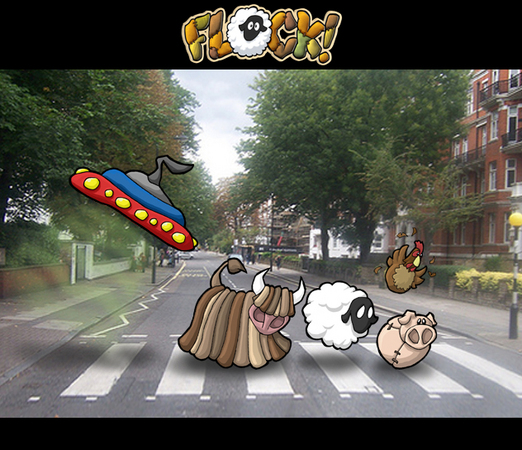 Like free things?  You do?  Oh good.  Did you like FLOCK!?  That quirky co-op puzzle game from Capcom where you heard up farm animals.  It was just alright?  Yeah we kinda agree.  But that doesn't mean the soundtrack wasn't really cool.  Now the kind folks at Capcom have released the full soundtrack in digital form for FREE!  Sweet.

Capcom is also offering the Resident Evil 5 soundtrack for download through Sumthing Digital.com for only $9.99.  Sound steep?  Well you do get 87 tracks, so that's like....$0.37 a track!  If you want the three disc version you can get it from Amazon too, but that'll cost you a little bit more.