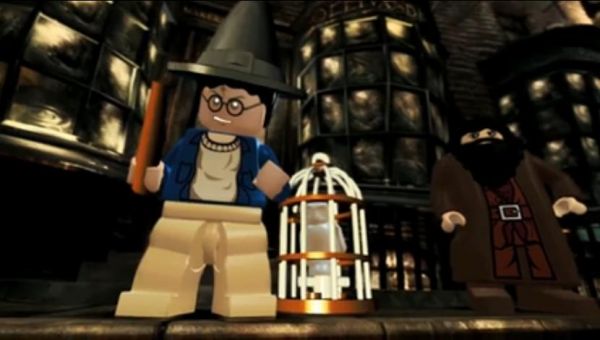 Star Wars.  Indiana Jones.  Batman.  Rock Band.  Each of these franchises will become part of the LEGO series of games, and now there's a new, lightning-scarred face in that crowd: LEGO Harry Potter.  The prophecies are true, it seems; the game has long been rumored but now it has been formally announced, via trailer (embedded below through the power of the Dark Arts).

The full title is LEGO Harry Potter: Years 1-4.  Arriving via owl in 2010, we expect it will coincide with the holiday season release of the seventh movie.  Of course, there are three more years to go, so I'm sure we can expect a sequel soon after.  If we could wave our own co-op wand and cast a spell, the game would be transfigured to include four player co-op, and online support.  If they can't give us Harry, Ron, and Hermione to use all at once, we just might start hurling curses!