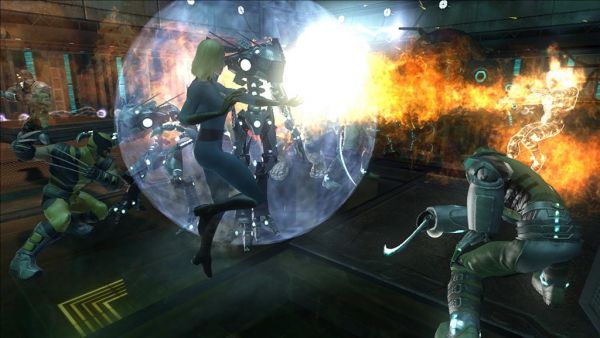 Don't let the title for this article mislead you, folks.  The actual co-op in Marvel Ultimate Alliance was great, and that seems to be unchanged.  There were some problems, though, with adding players, changing characters, etc.  The interface was a bit tedious when these tasks needed to be done.  According to Aeropause Games, after a sneak peek at M:UA2, this stuff is much better in the sequel.

Now for those that complained at great length about the co-op play in the first Marvel Ultimate Alliance, you voices have been heard.  Co-op has been completely revamped from top to bottom and it will be easier to join games, and choose characters.  This is a big plus in my book as co-op was such a chore in the first Marvel Ultimate Alliance.  I was never able to select characters properly when less than four players were playing in co-op, and it never felt 100% stable.

The preview is definitely worth a read, revealing some really interesting Fusion combos.  Thor summoning a whirlwind, which the Human Torch fills with flames is perhaps the coolest.  But Storm using Captain America's shield to fry a whole screen of enemies doesn't seem too shabby either.  We're really looking forward to getting our hands on this game, for sure!