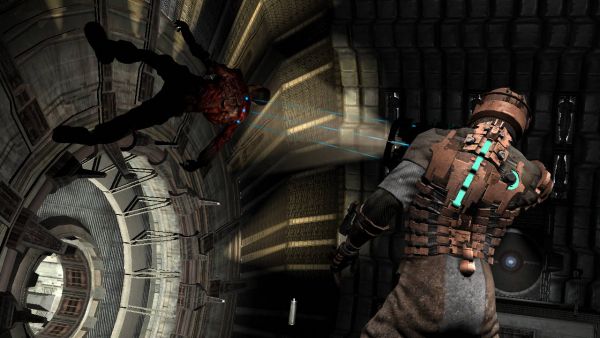 It's already known that Dead Space Extraction for the Wii will contain a two player cooperative mode.  But what isn't known is the fact that the original Deadspace had a cooperative mode as well, at least, until it was cut like the limbs of the infected.

Glen Schofield, the General Manager for Visceral Games (which was EA Redwood Shores), stated the following on EA Podcast Episode 2:

“We actually had co-op for about three/four months in Dead Space. In the original one, we had it running and we’re playing it and we had a little team developing it and it was actually pretty cool.”

But like all good things, sometimes they just need to be cut.  The team decided it wanted to focus more on a really solid single player experience.

“But what we realized is that we were sort of detracting from the single-player game at that point. We could use those guys who were on that team to make our game better and it was hard, you know, there was just technical challenges that were just getting in the way of making the single-player game.”

So perhaps we weren't far off in wanting Dead Space to have co-op?  Maybe that's why EA was asking the same question.