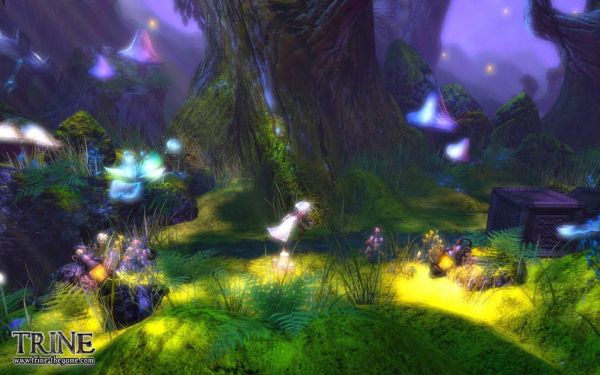 We've established that Trine is worth owning without a doubt in our minds. We're also pretty sure the Xbox audience is quite extensive in the Co-op community, while Trine is sadly absent on this console. So, we would like you guys to speak up! Do something about the release of Trine to the Xbox 360! Joystiq has recently mentioned the possibility that Trine may be coming to the Xbox 360, but it wouldn't hurt to encourage Frozenbyte and Microsoft, anyway!

"An XBLA version of Trine is a possibility but nothing more at present time. We would love to have Trine on XBLA and we've partnered with Atlus to make it happen, but it needs Microsoft's approval and there are other factors as well. So it may happen or it may not, that's really the current situation. Everything else ranging from release date to features is just speculation and isn't based on any facts."

We hope to see a lot more titles crossing the console barriers in years to come, bringing Playstation 3 and Xbox 360 owners together in some of their favorite past times. So let's hear it! How badly would you like to see Trine make an appearince on the Xbox 360? If you're not sure how badly you want it, check out the Trine Demo!

The full version of Trine is also available now to download via Steam.  So if you like the demo, well, it should be pretty obvious what to do.

Trine, as of right now, is a PSN and PC title.