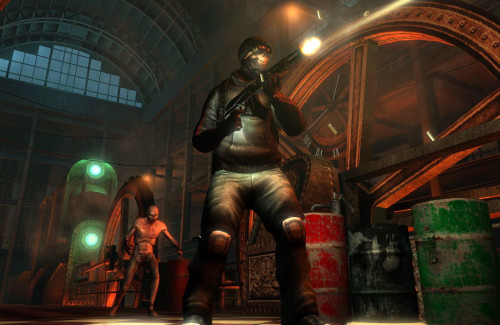 Tripwire Interactive has announced the first piece of DLC for The Killing Floor on the PC.  The six player co-op shooter is getting a new campaign map called Foundry which pits players against the zombie like creatures in an old Iron Works building.

Two new weapons will be included, an AK-47 and a Samurai Sword.  Yes...a samurai sword.  This pack is being called the Heavy Metal pack and will be available through Steam soon.

There's also a premium piece of content coming that includes four new characters.  No date or price was given for this.