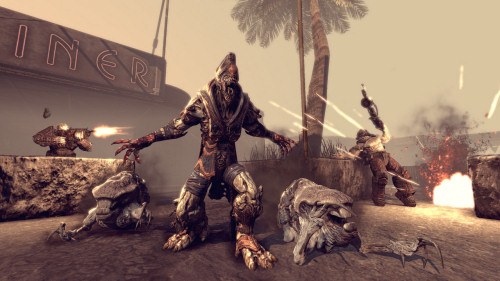 As we previewed last week, the Gears of War DLC  is now available to download.  The content comes in two flavors.

pack that contains all previous map packs and content as well as new 7 new multiplayer maps including favorites from Gears of War 1 and Gears of War for Windows.  That means in total you'll have 19 new maps for use in Horde mode and multiplayer.  There's also the addition of the "Road to Ruin" story based content which is playable in two player co-op.

The second flavor is called Dark Corners, a 1200

pack that contains only the 7 new maps and the "Road to Ruin" content.

To celebrate this release we're hosting a Xbox Live Co-Op Night this Thursday, July 30th at 8PM EDT.  Join us as we take the 7 new maps through the Horde grinder in 5 player co-op.