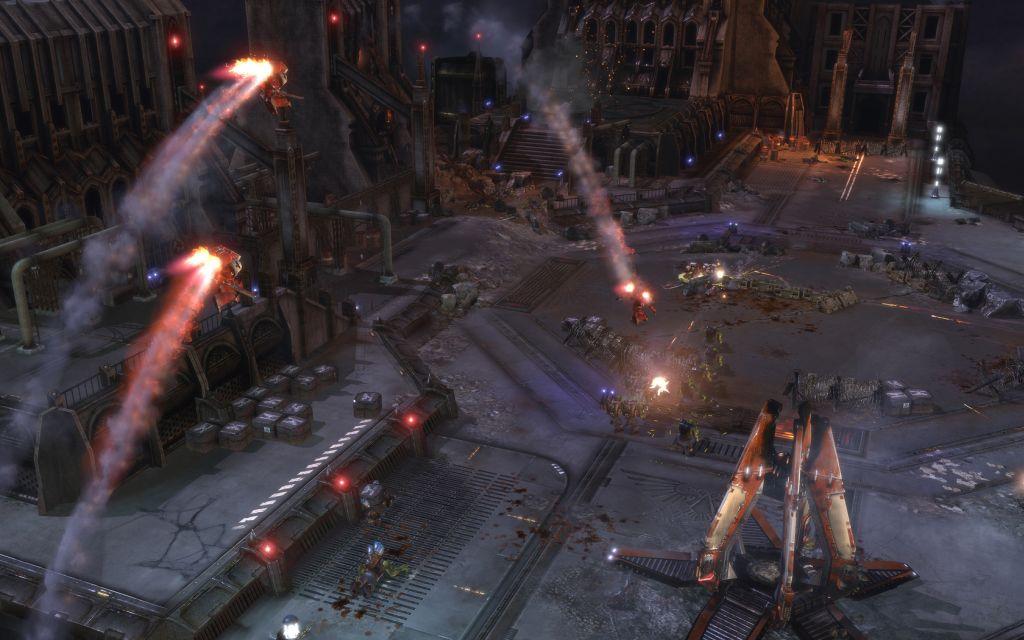 Warhammer 40,000: Dawn of War 2 (also in the same "longest game name" competition as Sacred 2) was revealed not too long ago. So, naturally we are left wanting for more information. As always, IGN has come to the rescue, with a preview of the PC real-time strategy game. The team seems to be enthusiastic about co-op, and the following quote does seem promising.

Pitting you mano-a-mano against another player and it's a whole loss of face if you lose; it's a very high-pressure situation. What we found just watching multiplayer statistics online is that a vast majority of players would rather co-operate with each other against an opponent that doesn't have a human face that doesn't tell you what a noob you are if you lose. The co-operative campaign is based entirely around that concept. Players want to co-operate in a story-based setting not just in comp-stomp

I wholeheartedly agree that mano-a-mano can often be frustrating and unrewarding, so the dev team behind Dawn of War 2 is on the right page, in my opinion. Check out the preview and see what you think. They also hint at a more non-linear game, as well as a way to balance the game so that teaming up with someone doesn't make the game baby-easy.