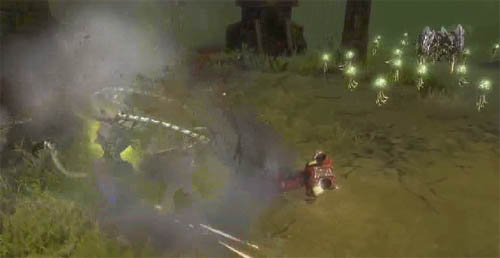 A few weeks ago we revealed to you the Dawn of War 2 "Space Marines" trailer.  It showcased "the good guys" in the upcoming RTS from Relic which will feature a co-op campaign.  Today we reveal the "bad guys" in the enemies trailer.  And while that may sound cliche, the enemies in Dawn of War 2 are anything but.  On display are the enemies of the Imperium, including Orks, a giant tank like vehicle called the Deff Driva and members of the Tryanids (think ).

It appears the PR is starting to gear up for this one, so the release date must be getting close.  Currently slated for a February 23rd release, we are anxiously awaiting this one.  Video after the jump.