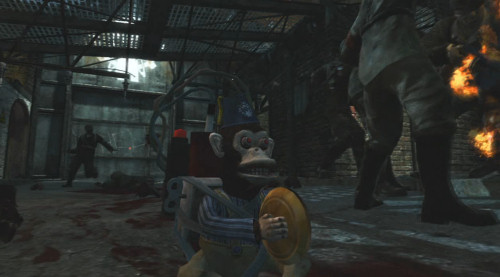 But where the video stands head and shoulders above is the focus on the new weapons and upgrade available, including but not limited to, a monkey bomb.  A mother flippin monkey bomb.  Give the trailer a watch and let us know what you think, but I guarantee you'll want your very own monkey bomb for work, home or play!